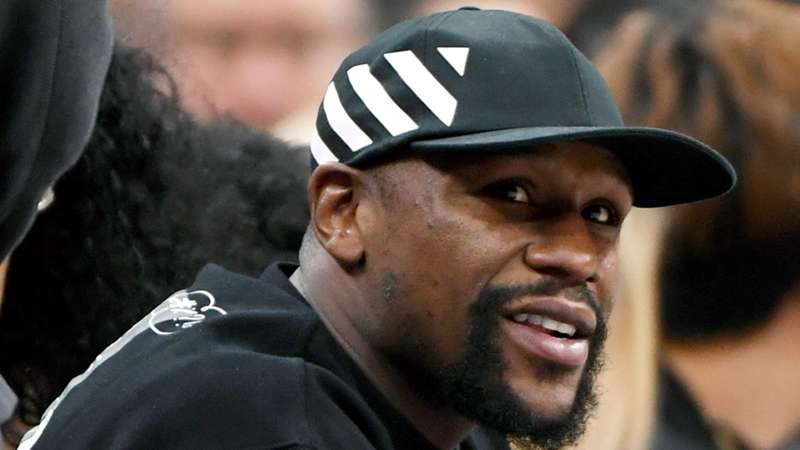 Floyd Mayweather Jr. announced that he will take on the YouTube star in an exhibition next year.

Floyd Mayweather Jr. announced Sunday that he will return to the boxing ring on Feb. 20, 2021, for an exhibition bout against YouTube star Logan Paul.

The event will be promoted by Mayweather Promotions and Fanmio Boxing, but details outside of the participants and the date were sparse.

"Watch the undefeated, 12-time, five-division boxing superstar Floyd Mayweather fight social media sensation Logan Paul live in a Special Exhibition PPV match only on Fanmio Boxing," Fanmio Boxing detailed on its website. A location has yet to be announced, and neither have the rules for the exhibition.

Mayweather has teased an exhibition bout with Paul for several months. He retired from the sport after improving to 50-0 against Conor McGregor in a blockbuster pay-per-view in August 2017. He competed in a three-round exhibition bout against undefeated kickboxer Tenshin Nasukawa at RIZIN 14 on Dec. 31, 2018. Mayweather steamrolled Nasukawa with a first-round TKO and reportedly earned $9 million for his efforts.

The 25-year-old Paul is 0-1 as a boxer with his lone fight being a loss to fellow YouTube celebrity KSI in November 2019. Paul will have a significant size advantage over Mayweather: Mayweather is 5-9 and spent much of his career competing at 147 pounds; Paul stands 6-2 and weighed 199 pounds when he fought KSI last year.