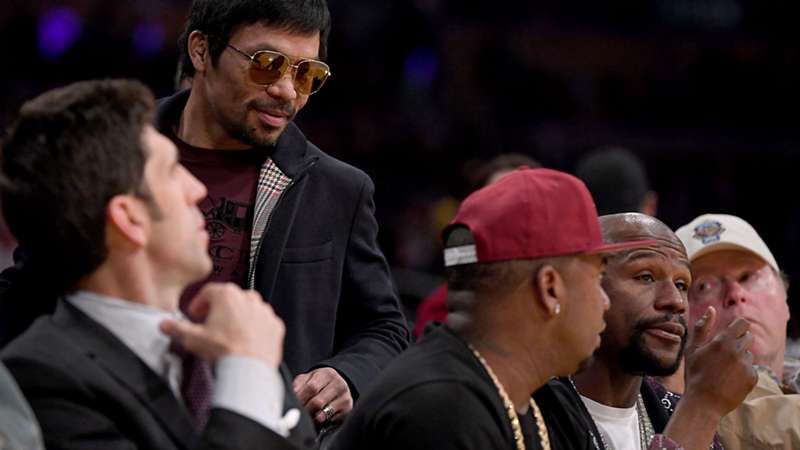 Is the boxing great being serious?

Could a rematch between Floyd Mayweather Jr. and Manny Pacquiao be in the cards? Maybe, but perhaps not in the traditional form.

Mayweather teased a rematch with Manny Pacquiao on his Instagram on Saturday, saying it would be an exhibition match in Tokyo.

Mayweather and Pacquiao fought in the most lucrative fight in boxing history back in May 2015, with every financial record shattered. But the bout was critically panned when the two legends failed to deliver the fireworks inside the ring. Mayweather won by unanimous decision.

An encore between them has been teased in the past, but nothing has ever come to pass. Last September, on the day of the Canelo Alvarez-Gennady Golovkin rematch, Mayweather and Pacquiao were shown teasing a bout in a video at a nightclub in Tokyo. Mayweather also showed up to both of Pacquiao's fights this year, a dominant unanimous-decision win over Adrien Broner and split-decision victory over Keith Thurman.

Mayweather has insisted he's retired, and a rematch with Pacquaio won't happen. The former great's final bout was a 10-round TKO win over Conor McGregor in August 2017.

Will Mayweather finally deliver on his promise, or is this a tease of something else to come?