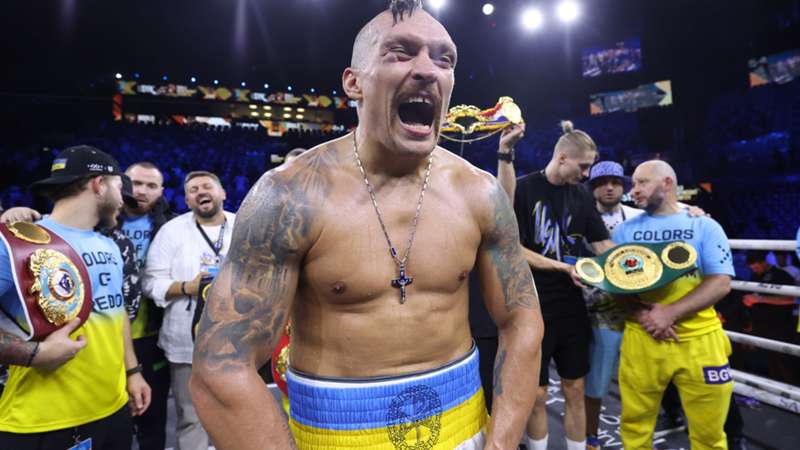 Matchroom
Check your region for Eubank Jr vs. Benn on DAZN

The former WBC champion is looking to get another title.

Deontay Wilder is happy to take on Oleksandr Usyk after he faces Robert Helenius.

Usyk is the current IBF, WBA and WBO champion after defeating Anthony Joshua in consecutive fights, while Wilder was once the WBC champion before losing to Tyson Fury.

Fury has been entertaining fights against Joshua and Mahmoud Charr in recent weeks, so an undisputed clash does not appear imminent.

That would free up the Ukrainian unified champion to take on another opponent.

Wilder faces Helenius on October 15, and a win over his well-regarded opponent would position him as a credible contender for another title shot.

Speaking to Premier Boxing Champions, Wilder said an Usyk match-up would be: “Music to my ears.

“Usyk is a very honourable person and a man of his word, so I’m looking forward to that…

“A title shot, you’ve gotta jump on it when the opportunity presents itself.”