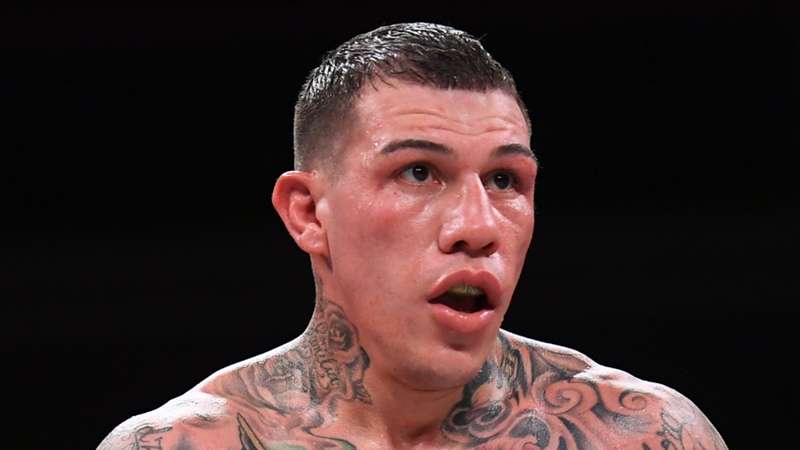 (Getty Images)
Watch Munguia vs. Rosado on DAZN (Except Mexico)

Gabe Rosado is right where he belongs.

Gabe Rosado had always been viewed as a gatekeeper. He was the litmus test to see if you were ready to compete for a world title.

However, the script flipped when he took on former middleweight champion Daniel Jacobs in November 2020 in a super-middleweight affair. Many people looked at the fight as a stepping stone for Jacobs to gain a title shot. However, Rosado had other plans in mind. In a nip-and-tuck contest, Jacobs won via a controversial split decision. Boxing pundits felt Rosado won the fight. Then Rosado took on highly-touted prospect Bektemir Melikuziev in June on a card headlined by Jaime Munguia vs. Kamil Szeremeta.

But it was Rosado the world was talking about, as he delivered a one-hitter quitter in one of the best knockouts of 2021.

GABE ROSADO WITH THE KO OUT OF NOWHERE 🤯 pic.twitter.com/mOEAP2SChG

Rosado's stock has risen tremendously. That has parlayed into a main event slot when he battles Munguia on Saturday from the Honda Center in Anaheim, Calif.

Ahead of the fight, Rosado talked with DAZN News about the Melikuziev KO, if he finally feels he's gotten his just due in the ring, and training with Freddie Roach.

DAZN: It's been a crazy year for you. You look at what happened in June, and the rocketship has been upward since then. You've been in this game a long time. It's amazing what one spectacular knockout will do for your career. What’s this been like for you since June? You've always been in the game, but now the respect is there, but the respects gone to a different level since June?

Gabe Rosado: I think (it) started with the boxing performance against (Daniel) Jacobs. I think it was back to Jacobs to just get me out of there. And I just went into the fight with a smart game plan and boxed him, used my skills, and didn't get no punishment in the fight (and) really didn't get hit with any big shots. I think people got impressed by my boxing ability. We didn't get the decision. Then going into the Bek fight, this is a two-time Olympian, 290 knockouts. He was about to fight (Sergey) Kovalev. So going into that fight, I think the adjustments that I made going into the second and the third round set up the knockout. I think people were starting to appreciate now my boxing IQ. I guess when you have a career that's (a) 16-year pro, I think people remember the highlights of the Golovkin fight where it's a bloody fight, or they remember the highlights from my Peter Quillin fight. These fights we are talking (about) in 2013, 2014. Moving on forward, I believe I have added more to my game, and I just think people are starting to notice it now, especially being with a trainer like Freddie Roach. He's just bringing out the best fit out of me as well.

DAZN: If you're not with Freddie Roach, are you at this point right now?

GR: I think everything happens for a reason. I've always had the ability, the skills, and the IQ man. If I don't have that right person leading the camp, then I'm gonna dictate the camp, and I'm gonna call the shots. It was just me having that talk with myself. I was like, ‘If I really, really want to take this to that next level, I'm gonna have to get someone that I'm going to respect, and I'm just gonna lock-in with them'. Freddie was that guy. Freddie was that guy that I knew that if I got Freddie, who's gonna be straight down to business.

DAZN: How many times have you watched the Bek Knockout? You’ve had to watch it what at least 1,000 times?

GR: A lot of people tagged me on it, so I constantly see it. It's just a beautiful knockout man. It was a punch that we worked on in camp. We know that he loved to dig to the body. It was a setup shot. You need to see me squatting down and setting him up in the corner. He lunged in, and we set the trap and got him out of there. It was a great knockout.

DAZN: Is it the most satisfying knockout? Does that rank up there as the top one?

GR: Yeah. It's like that knockout, I celebrated it immediately when I clipped him because it was like a punch like you ever see when a guy hits a grand slam, and he just looks at the ball out of the park before he even runs to first base. So that was something that as soon as I clipped him, I knew he wasn’t going to get up because the way he dropped, it was just dead weight. I knew I got him. It was just one of those sweet punches where you know it's it.

DAZN: We talked initially, and you put (it) on Twitter about being the gatekeeper to now the gate, you're headlining the show. Do you feel like, finally, that respect is there and that label is tossed in the garbage and never to come back, or do you feel like it's always a constant battle for you?

GR: You're always gonna have your haters here and there. But I think, for the most part, I think it was the show when a guy with a record like mine was very deceiving. For the most part, that guy's really not gonna be able to headline. I think the Honda Center is close to selling out. Look, Munguia is a great young Mexican champion. But Munguia isn’t going to sell out the Honda Center with just anybody. You need a dance partner to make that great fight. I think it shows that people are over the past and looking forward to the new Gabe Rosado. We pitched this fight like it's Mexico versus Puerto Rico. I get that whole thing because it's a rich history in boxing. This is just a fight with two warriors in them saying they're going to just bring it off. When I grew up, I grew up being a huge fan of Mexican fighters. It's funny because his trainer was literally one of my top five Mexican fighters, Erik Morales. Morales is a legend. For me, I feel like this fight is very historical. It's going to be a legacy fight. There's no world title. It's the WBO Intercontinental, which is a big deal to me. I think this fight is bigger than titles. I think this really goes down in the history books.