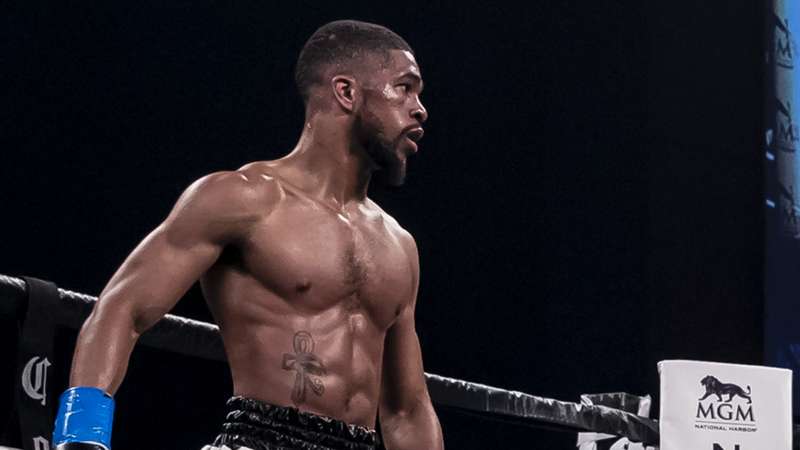 Exclusive: Russell will be vying for the WBA interim bantamweight title against Emmanuel Rodriguez on Saturday night with plenty on his heart.

Connecting the dots through this whirlwind period of roughly eight months has been painful for Gary Antonio Russell.

The 28-year-old, who clashes with Emmanuel Rodriguez for the vacant WBA interim bantamweight title Saturday night, continues to mourn the loss of his younger brother Gary Darreke Russell, who died of a heart attack at the age of 26 in December.

“From the time he passed to my (Dec. 19, 2020) fight with (Juan Carlos) Payano to burying my bro to getting ready for this fight, I feel like I’ve been at least four different people going through these changes,” Russell recently told DAZN. “As a man, I’m learning myself, I’m loving myself more. I’m learning that there’s so much more of me than what people have been able to see.”

With cherished memories held close to his heart, the undefeated Russell (18-0, 12 KOs) hopes to haul his best iteration of himself into the ring for the co-main event against Rodriguez (19-2, 12 KOs) at Dignity Health Sports Park in Carson, Calif. this weekend.

“Come fight time, I’m looking to show this growth and development as a man,” he continued, “not just a fighter.”

The same can be said for all the Russells, a close-knit boxing family of southpaws all named Gary after their father Gary Sr. The collective is trying to move on while honoring their late brother. There’s “Mr.” Gary Russell Jr., the reigning WBC featherweight champion, surging contender Gary Antonio Russell and super lightweight Gary Antuanne Russell.

Gary Allan Russell serves as a mitt man to his brothers, while also being assistant trainer to head trainer Gary Sr. The late Gary Darreke was a year younger than Gary Antonio and like the youngest of six, Gary Isaiah Russell, loved basketball more than the sweet science.

“My brother was a ball player,” Russell said. “He played ball. He had this type of energy that you couldn’t miss him. You could put him in a room with 1,000 people and he would stand out. His energy was just so pure. He stayed smiling.”

Russell, somehow, found the inner strength to defeat Payano days removed from his brother’s passing. Now, months removed, his focus is fully back for he knows what’s at stake.

“Ah man, this fight could do a lot for me,” Russell conceded. “It would definitely allow more people to notice me. It puts me in position to fight some of the best fighters in my division.”

And perhaps most importantly …

“It separates me from prospect to contender.”

Staring into the face of tragedy hasn’t been easy for the Russell family.

However, gazing into the faces of his daughters and relishing in the joys of fatherhood have been a source of solace for Gary Antonio.

His daughters, nine-year-old Nylah-Love and seven-year-old Geniya, have been staples at the gym watching his two-a-day training sessions while doubling as his “corner women,” as he doted on Instagram last month.

“My daughters are with me in the gym every single day,” Russell revealed. “Noon – 3:00 and then I’m back in at 7:00. My daughters are in there with me. At 12:00 they get to do their workout, at 7:00, they get to run the gym and they watch daddy. In between that, I pay attention to how my children gravitate toward my work. They’re learning it and understanding what their daddy is doing it for.”

And they’re vocal about what they see — tending to their dad and offering him precious corner advice.

“In between rounds, I’m sparring and they’re like ‘Daddy, you need your face wiped?’” Russell said. “‘Daddy, you need some water. Daddy, you’re slowing down, keep your hands up!’”

He has even been able to pick up side conversations that his daughters have regarding his boxing upon playback of his training footage.

“‘Daddy’s conditioning is getting up,’” he said, revealing the ringside banter from his girls. “‘He needs to stay off the ropes a little more.’”

Their sisterly bond is something he can compare as the middle boxing brother in the family, looking up to current world champion Gary Jr.

“The competitive edge was always there,” Russell said laughing. “I always wanted to do everything better than my older brother. Always.

But during this time, with the memory of Gary Darreke looming large, having his daughters by his side means something extra special. And Russell isn’t shy about letting them know, whether it’s scooping them up in the air during a break or flat out voicing it directly.

“‘Ya’ll are some of my biggest motivation,’” Russell said he tells them all the time.

“‘Let me relish this moment every single day.’”