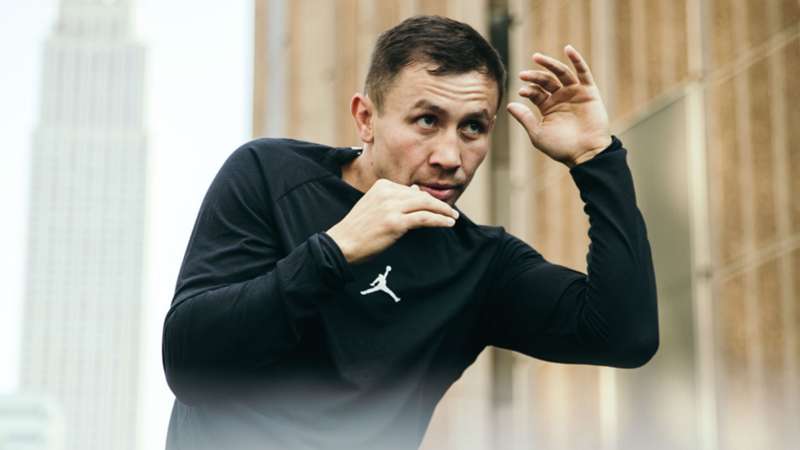 There could be middleweight unification fights on the horizon in 2022.

Eddie Hearn expects Gennadiy Golovkin to pursue a unification fight with Demetrius Andrade or Jermall Charlo if he cannot line up a trilogy rematch with Saul ‘Canelo’ Alvarez.

The Kazakhstani fighter had been expected by some to line up as Canelo’s next opponent after he secured all four belts at 168lbs. Instead the Mexican will step up to cruiserweight to take on WBC champion Ilunga Makabu.

That limits the options for Golovkin and others in and around the 160lb weight class, and speaking to Boxing Scene, Matchroom chief Hearn suggested Golovkin would turn his attention to the champions already fighting at middleweight.

“After the [Ryoto] Murata fight, if Gennadiy wins and then doesn’t get the third Canelo fight, the next step is to further unify,” said. “If you’re Gennadiy, that means you only got Charlo and Demetrius.”

Hearn also expressed his frustration over the failure of Demetrius to secure a big-name fight in recent years.

“Look, it’s not like Demetrius’s (previous) performances have been the one (for other middleweights) to hide behind their sofas in fear,” he explained.

“He’s looked beatable before. Charlo and Golovkin would probably both be favorites in the betting. And they still won’t fight him. But we’ll see. Demetrius wants to unify and has repeated that there are plenty of fights to get done over here. So let’s go make them.”