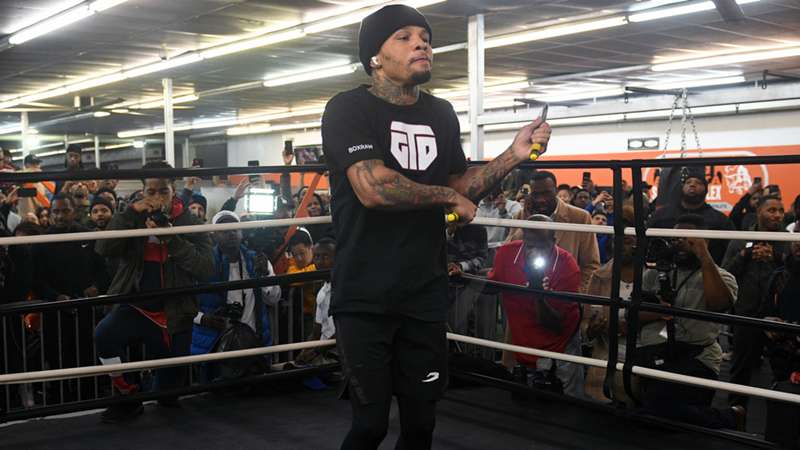 Not the kind of headlines Gervonta Davis wants to make.

TMZ Sports posted a video showing the WBA "Regular" lightweight champion in a physical altercation with the mother of his child at a charity basketball game in Miami on Saturday during Super Bowl week.

Witnesses told the website that Davis and the woman started yelling at each other before the incident turned physical. Despite the footage, it's unclear who sparked the situation, but Davis can be seen pulling her up from her seat before they were escorted off the court. TMZ also reported that there were no arrests.

Davis later posted an Instagram story to describe the ordeal.

"I never once hit her," he began explaining. "Yeah, I was aggressive and told her 'come on.' That's the mother of my child. I would never hurt her. Other than that, Happy New Years ... January was trassshhhhh."