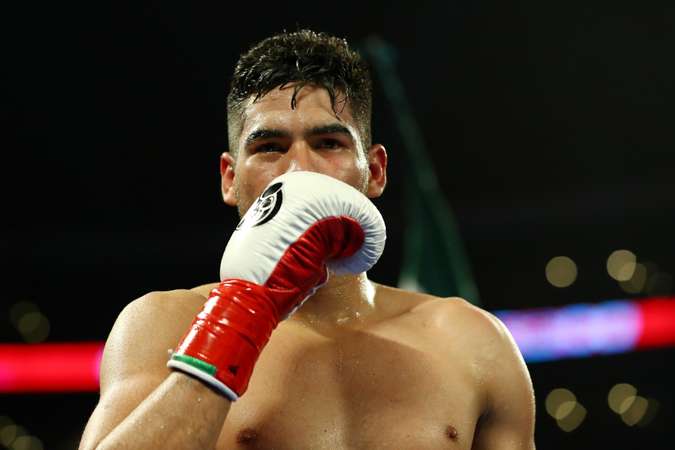 Getty
Ramirez vs. Barrera is live on DAZN: Subscribe now

Gilberto Ramirez ruled the world at super-middle. Can he do the same at 175lbs?

Golden Boy Promotions have announced that Gilberto Ramirez will take on Sullivan Barrera in a light-heavyweight contest on July 9th in Los Angeles in a fight that will be screened worldwide on DAZN. Unbeaten Ramirez, a formidable force at super-middleweight where he reigned as WBO champion, is desperate to gain honours at 175lbs and a victory over Barrera can help propel him to a second world title.

Since moving to light-heavyweight in 2019, Ramirez has registered stoppage wins over Tommy Karpency and Alfonso Lopez, but he faces a stern examination against Barrera. The veteran Cuban has shared the ring with quality operators such as Andre Ward, Dimitry Bivol, and Joe Smith Jr, and he’ll be aiming to make a big impression against Ramirez.

Also on the card, Joseph Diaz moves up to lightweight to take on Javier Fortuna in a contest that is certain to excite fans. The business end at 135lbs contains some of the sport’s leading names such as Teofimo Lopez and Gervonta Davis, so the stakes couldn’t be higher for Diaz and Fortuna as they look to prove they belong at the highest level.

"There are a lot of major players in the light heavyweight division right now, and Gilberto Ramirez is ready to demonstrate that he is very much among them,” said Oscar De La Hoya, Chairman and CEO of Golden Boy. “Sullivan Barrera possesses a decorated amateur background and has a lot of experience in this weight class, but Ramirez is totally committed to becoming a two-division champion. Zurdo’s world title campaign and his journey to 50-0 will start on July 9.”

“I'm excited to be headlining this show in Los Angeles with Golden Boy Promotions,” beamed Ramirez. “It's going to be a great night of boxing with fans back in the stands. I've always enjoyed fighting here, and I can't wait to put on a show to continue my hunt for the light heavyweight championship. I appreciate Oscar and the Golden Boy family for their love and support, and I look will forward to a great night of boxing.”

“I’m excited to have the opportunity to headline such a big card against Gilberto Ramirez,” said Barrera. “I know that my opponent is a former world champion with a lot of experience and that he will come very much prepared. However, I feel that I have faced much better opposition. I’ve also spent my entire career in the light heavyweight division, something that will be totally new for him. It will be a difficult fight, but I will walk away with my hands raised in victory.”

Gilberto Ramirez vs. Sullivan Barrera only available on DAZN. To watch this fight, and many other major events, subscribe to DAZN here