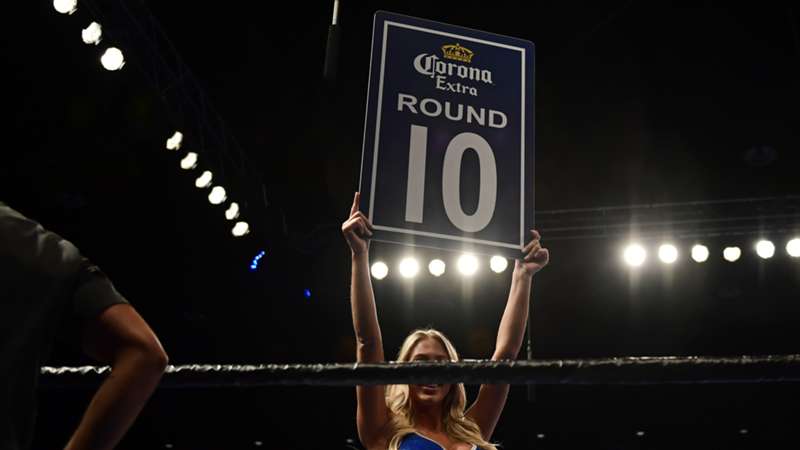 A look at how rounds work in professional boxing. How many, how long they last and why these things are different in various circumstances.

"Seconds out, Round One!"

The term 'rounds' when it comes to the sport of boxing is renowned worldwide. Even those who dislike or do not care for the 'sweet science' are familiar with the phrase. However, not everyone is familiar with their function — especially as certain details are in fact quite complex.

Here is a rundown of everything you may need to know about how rounds work in boxing, the differences between today's fights and the classics of yesteryear, and other subtle variances you may not have noticed.

What is a boxing round?

A 'round' is the period of time in which two opposing boxers actively compete against one another without a break, barring exceptional circumstances (such as a low blow or if a gumshield comes out of a boxer's mouth). The bell signals the start of a round, alongside a formal announcement from the master of ceremonies at the event, and will sound again at the end of that round.

How many rounds are there in a boxing fight?

Precisely how many rounds a contest is scheduled for depends on the situation. These days, most bouts last as little as four rounds and as many as 12.

Twelve-round fights are predominantly used when a world championship or other major title such as European or interim world title is on the line. In other circumstances, such as when a new boxer debuts or is still working their way up the ranks, the promoters of both fighters involved may agree that a shorter distance is appropriate. Many debutants begin with four-round fights and work their way up through six, eight and 10-rounders until they are ready for championship bouts.

Does a round end if there is a knockdown or knockout?

If a fighter is knocked down, the referee will give the floored competitor a count of 10 to return to their feet and show they are in a fit state to continue. The time in the round will continue to run down through this process. Only a serious interruption causes the time to pause mid-round. One example is when fighters are allowed as many as five additional minutes to recover if they are hit badly below the belt.

If a fighter is knocked out, the contest ends immediately and the round in which the knockout or stoppage took place is recorded as part of the result (for instance, Anthony Joshua knocked out Kubrat Pulev in the 9th round of 12 or 'Joshua KO9 Pulev'. If there is no knockout or stoppage once all scheduled rounds have expired, the result is decided by the judges at ringside (or the referee, in some smaller fights)

How long do rounds last in boxing?

For the most part, minutes always last three minutes. In women's boxing, they currently last only two minutes. However many top female fighters such as Katie Taylor are actively calling for their bouts to be changed to three minutes per round, as well.

What happens between rounds?

At the end of a round, the boxers return to their corners where they can rest, hydrate, receive tactical instructions from their trainer and treatment for lacerations from their 'cut man'. This downtime lasts one minute, until the next round begins.

How do rounds work in amateur boxing?

The Amateur Boxing Association of England set rules for the length of a match when it was formed way back in 1880. At first, there were three rounds of three minutes with a break of one minute between each. Changes were made in 1926 and 1997 and, most recently, in 2000, the International Boxing Association changed it to four rounds of two minutes each.

Why are there no more 15-round boxing fights?

World championship fights famously went as long as 15 rounds, as opposed to 12, between the 1920s and 1980s. All-time classics such as Muhammad Ali vs. Joe Frazier, Sugar Ray Robinson vs. Kid Gavilan and Marvin Hagler vs. Roberto Duran went 15 full rounds. It was also a fundamental part of the plot for famous boxing film Rocky, when Sylvester Stallone's Rocky Balboa strived to "go the distance" against heavyweight champion Apollo Creed.

However there were concerns over the health and safety of fighters in 15-round fights, and on November 13, 1982 Duk Koo Kim went into a coma after being knocked out in round 14 of his WBA lightweight championship fight against Ray Mancini before dying in hospital days later. Three months after the fatal encounter, the WBC made the decision to reduce fights to 12 rounds, and the other major organisations eventually followed.

In addition to the extra punishment fighters can sustain in those three rounds, experts concluded that it also led to increased long-term damage due to the additional dehydration and exhaustion.

What does 'the championship rounds' mean?

The aforementioned rounds 13 through 15 were often regarded as 'championship rounds' because they were only ever required in major championship scenarios. In today's boxing, 'championship rounds' is used to refer to rounds nine through 12, with world title fights being scheduled for 12 and most 10-rounders also being for British, American, European or titles of a similar level.

The phrase is commonly used with regards to a fighter's ability to dig deep and find that little bit extra in order to finish strong, similar to the importance of a good performance in the 'home stretch' of a racing competition. Experienced defending champions have frequently survived a strong challenge from a younger challenger in the first eight rounds before stepping it up in those final four rounds, thus showing their 'championship quality'.