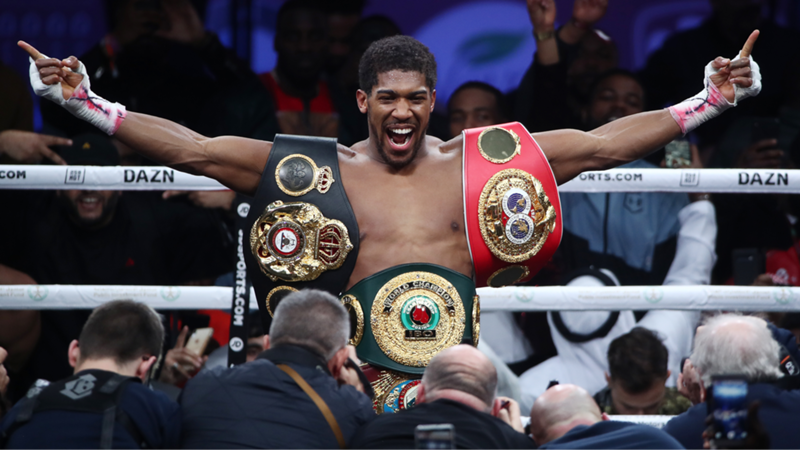 All the divisions explained.

There are 17 weight classes in boxing, which are designed to set up fair contests between different fighters in the sport.

The fight class comes in at 105lbs, and then scales all the way up to the 200lb-plus heavyweights. The different weights make sure that boxers of all sizes are able to compete.

Originally there were eight divisions for fighters, but that has been expanded with a further nine classifications.

The strawweight division was brought in by the various sanctioning bodies between 1987 and 1990, making it one of the newer classes in professional boxing. It had been introduced by the Olympic Games in 1968 under the Light Flyweight classification. Ring Magazine finally recognised the decision in 1997.

The weight limit was brought in at 99lbs when boxing was legalised in 1920 but this was ultimately withdrawn in 1929 by the New York State Athletic Commission. It was then reintroduced in the 1970s by the WBC with the first championship won in 1975, with other bodies joining in the certification.

The flyweight division was established as the last of the eight traditional classes, with the first champion being crowned in 1911 by the British Boxing Board of Control.

Junior Bantamweight is one of the newest divisions, with the WBC holding its fight title fight for the class in 1980. It was introduced in order to bridge the gap between Flyweight and Bantamweight.

The Bantamweight division is for fighters who weigh between 115lbs and 118lbs, with the first title fight being held in 1889. At that time the weight limit was 110lbs, but it was increased to its current limit in 1910.

Super Bantamweight, also known as Junior Featherweight, is one of the 'tweener' divisions, in between two more glamorous weights. It was established at 122lbs by the New York Walker Law in 120, and then recognised by major bodies from 1976.

The featherweight has seen its definition shift over the years. The weight now is 126lbs, but the first limit in the US was 114lbs, but that was moved gradually to 126lbs, when it was fixed in 1920.

The Super Featherweight division began under the auspices of the New York Walker Law in 1920 before being ratified by the New York State Athletic Commission in 1930. However, the first English champion was crowned in 1914, with the designation given to “Battling Kid” Nelson. The class was suspended from 1933 before coming back into competition in 1960 until the present day.

The Lightweight classification is one of the eight classic weight divisions, with the first Olympic champion being recognised in the 1904 games, when the title was claimed by American boxer Harry Spanger. Benny Leonard, ranked as one of the greatest boxers of all time, is the fighter to hold the championship for the longest period of time at seven years, seven months and 17 days.

The first Light Welterweight championship was awarded in 1946 to Pinky Mitchell following a vote by Boxing Blade magazine, after the class was withdrawn by the the New York State Athletic Commission in 1930, and the National Boxing Association withdrew its recognition in 1935. Its credible return to fighting was around 1959 when Carlos Ortiz won the vacant title.

The Welterweight division straddles the gap between Lightweight and Middleweight. Puerto Rican Felix Trinidad, one of the finest boxers from the territory, is the longest-reigning champion with a spell lasting six years, eight months and 14 days.

The division was started in 1962, when the Austrian Board of Control ratified a fight between Teddy Wright and Emile Griffith for the world championship, a bout which Griffith won after 15 rounds. A WBA championship was then created, with the WBC kicking off its own belt in 1975. The IBF then put up its first championship in 1984, and the WBO did the same in 1988. The division boasts some of the biggest names in boxing’s modern era, including Sugar Ray Leonard, Oscar De La Hoya, Floyd Mayweather and Manny Pacquiao.

The middleweight division is one of the oldest in professional sport, believed to have been established in the 1840s, and there are records of a championship bare-knuckle fight in 1867. The first Olympic champion, Charles Mayer, was crowned in 1904.

The Light Heavyweight division is known for producing a handful of champions who have been able to step up to the full Heavyweight class, including Michael Spinks, Roy Jones Jr, Ezzard Charles, Floyd Patterson, and Evander Holyfield. Bernard Hopkins is known as one of the best fighters in history who competed across for decades, from the 1980s onwards.

Cruiserweight originally enforced a 190lb limit, but that has now increased to 200lbs. The first body to legislate for fights in the division was the WBC, in 1979, as a way to accommodate smaller heavyweight fighters and to allow the step up from the light heavyweight decision.  Oleksandr Usyk is a recent example of a fighter to move up to the heavyweight class, and Evander Holyfield was able to move up and claim belts at both weights.

Bridgerweight is the newest class in boxing, and is for fighters between 200lbs and 224lbs. It was announced by the WBC in 2020 but no other major body has elected to recognise the classification to date.

There is no limit on the upper weight for Heavyweight fighters, but the lower bound has trended upwards over the history of boxing, as athletes have grown taller and bigger. In the 1800s a 170lb fighter might have been considered a heavyweight. That was formalised as 175lbs in 1920s, and when the cruiserweight division emerged in the 1970s and 1980s, a heavyweight would have been expected to weigh more than 190lbs, 195lbs and then 200lbs. The heaviest champion in the division so far is Nikolay Valuev, who came in at 324lbs when he fought John Ruiz in 2005.