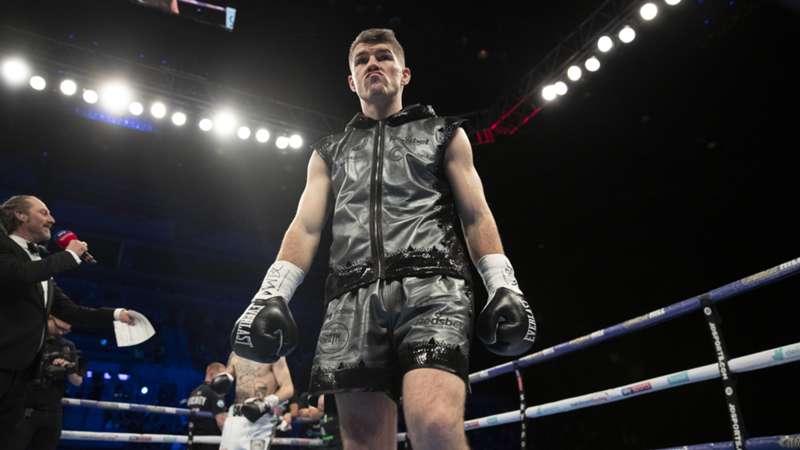 Liam Smith spoke to The DAZN Boxing Show about the postponement of his clash with Jessie Vargas and his burning desire to face the two-weight world champion.

However, a positive COVID test for Vargas forced the fight to be postponed with a new date supposedly in the works.

Speaking to Ade Oladipo on The DAZN Boxing Show, Smith was dissapointed about the delay and is hoping a new date can be scheduled sooner rather than later.

"I’m gutted, I was ready to leave for the States this coming Saturday. It was a fight I’ve looked forward to for a number of years," Smith said.

"My thoughts are with Jessie and I hope he’s okay with COVID, but I’d be lying if I didn’t say I’m gutted with the situation.

"I’m trying to speak to Jessie myself now to see what the situation is and hopefully it can re-scheduled a couple of weeks later.

"It’ll kill me if it’s pushed back any later than March."

When it came to discussing why Smith has a burning desire to face Vargas, the Liverpudlian believes both of their styles would make for an entertaining contesting and would love to inflict the fourth professional loss on the American's record.

"With no title on the line I want fan-friendly fights and Jessie brings that. Two orthodoxes, both of us like to fight, none of us come to hold and make it a really scrappy affair, I feel it only gels for a good fight.

"When you retire and they’re your only three losses, that’s some resume for yourself so I want to try and add my name to that."

Following an eighth round stoppage win against Anthony Fowler last October, some believed that Smith still has one world title run left in him, but the 33-year-old believes it will be this potential clash with Vargas which will determine whether he can mount another world title challenge.

"Fighters like Jessie will tell me the answer to that question.

"I beat Jessie, I feel like I’ve got another crack left in me. If I don’t beat Jessie I’m not going to beat a world champion."