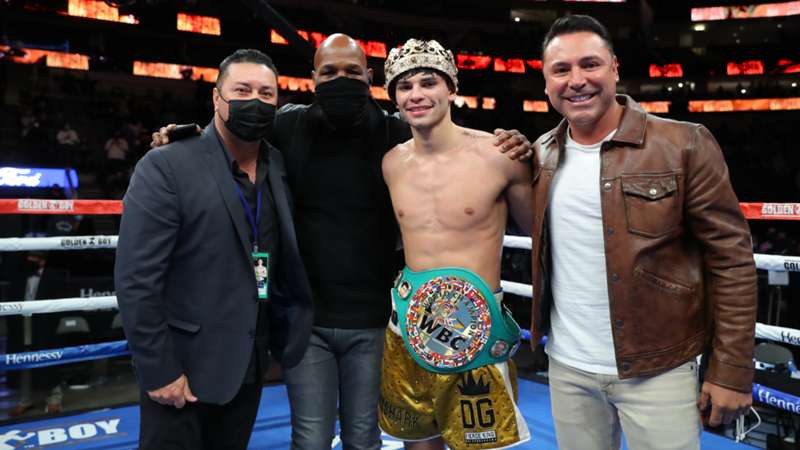 Tom Hogan/Golden Boy Boxing
Check your region for Canelo vs. GGG 3 on DAZN

What's the next fight for Ryan Garcia?

Oscar De La Hoya will be in attendance for Teofimo Lopez’s fight against Pedro Campa this weekend, but does that mean the former Pound for Pound superstar wants Lopez to face Ryan Garcia?

A fight between two of the most recognisable profiles in the sport has been a constant talking point in recent times, but De La Hoya has hinted that talks aren't going well.

Both Garcia and Davis were impressive in their last outings but could ‘The Golden Boy’ be looking at an alternative option for Garcia in Lopez?

“Zero whatsoever. We’re trying to get a hold of Tank’s side,” said De La Hoya when asked by ESNews about the fight.

“We don’t know who to talk to. Nobody picks up their phone, nobody calls back. I feel they’re playing games, so I’m moving on, and I’m going to Teofimo’s fight next week.”