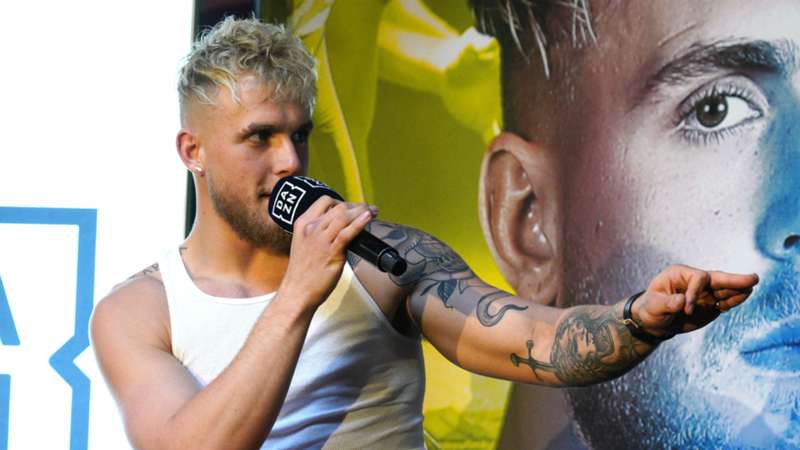 The YouTuber will have revenge on his mind Thursday night in Miami, looking to set up a future fight with KSI.

Jake Paul crossed his arms and arched his back in just about the most ridiculous faceoff pose you'll ever see.

But what the YouTuber is very serious about is continuing to box after his bout against fellow social media star AnEsonGib at Meridian at Island Gardens in Miami on Thursday night, live on DAZN.

Prior to striking the animated pose, Paul on Tuesday spoke about just that during the final press conference for the fight, while doubling down on beginning the process of avenging his brother Logan Paul's loss to KSI by beating Gib, KSI's friend.

"I'm here to avenge the family name, the Paul name," Paul said. "After I beat Gib, to me he's a stepping stone, and then I'm going for KSI. And from there, who knows where the sport takes me, but I love it and it's fun and I'm good at it. I wouldn't just do something just to f—ing do it."

He also said that being the entrepreneur that he is has afforded him the luxury to do what he wants in life.

"To me, I kind of just could do what I want and to me, what (Gib) doesn't understand is why I'm so dangerous in the ring is because I'm  choosing to do this," Paul also said during the press conference. "It's something I'm passionate about and I've caught the boxing bug. I've been in training camp for the past five months, two-a-days, non-stop."

The work he put in during training camp could help explain why Paul isn't letting Gib pierce through him with words. Paul heard Gib promising a "rough night" Thursday and "war," but Paul seemed relatively unfazed.

"There's nothing this guy could do mentally," Paul affirmed. "He's talking about going to war. We could chop it up any single way, but the outcome will remain the same and that's me winning."

Paul even said that he'll get the job done in three rounds, explaining "I have more on the line."

Beating Gib on Thursday night would mark phase one of avenging his brother's loss. Getting a crack at KSI would serve up the opportunity for phase two of Paul's boxing plan.