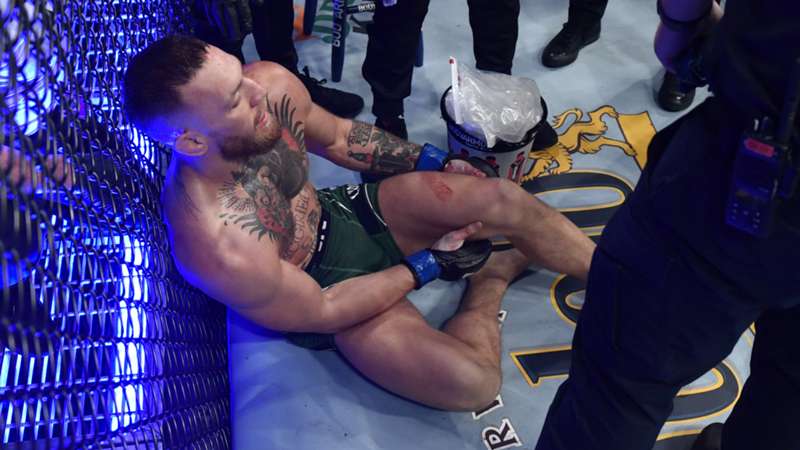 The YouTube celebrity's height advantage could give him a chance against the former UFC champion.

Khabib Nurmagomedov’s former trainer Javier Mendez believes that Jake Paul has no reason to fear Conor McGregor in the ring should they make their much-discussed fight.

McGregor was recently seen goading Machine Gun Kelly at an MTV awards show, and before that broke his leg which caused him to lose for a second time to Dustin Poirier in their anticipated trilogy bout.

He has talked up a fight with YouTube celebrity Paul in recent months and the 24-year-old American is also believed to be considering his next opponent. Many expect that to be British light-heavyweight Tommy Fury in his second Stateside fight, but his poor performance against Anthony Taylor has made any match-up less likely.

Speaking via the Betway Insider blog, Mendez suggested that Paul’s height and singular boxing experience gives him a shot.

"Jake has got so many advantages on Conor. Size being one of the big major ones, and the fact that he’s been boxing for three plus years with really good boxing professionals that know what they’re doing,” he explained.

“So no, he shouldn’t have to fear Conor whatsoever.”

However, one fighter he did warn Paul off is Saul ‘Canelo’ Alvarez, who is currently pursuing the undisputed super middleweight designation, and the 31-year-old Mexican has been put forward as a possible opponent by Paul himself.

"Instead, he has to fear people like Canelo. He would just smash him in one round, it would be embarrassing,” Mendez claimed.

“He hasn’t got a chance against those kinds of guys, he really should stay away from him - but against Conor, absolutely he has a chance. Looking at the two, Jake’s got big advantages in size and power. Yes, he doesn’t have fight experience but he’s been strictly just boxing for a long time now. Conor’s not been strictly boxing.

"I have first hand knowledge of seeing Jake do his stuff. I have videos that his coaches were sending me and I have had words with the people that he was sparring with. The guy’s legit, he's the real deal. Don't get me wrong, he’s not a top level guy. You can’t be top level with three pro fights - but he has skills and he has power and he has great coaching, he really does. And he’s a good athlete so combine all those together and he's gaining momentum.”

Referencing Paul’s older brother, Logan Paul, as well, Mendez praised their commitment to the sport despite their lack of top level ability.

“They cross both fields. People love them, people hate them but people want to watch them, so I applaud them for what they're doing. I respect their abilities but they’re not true boxers. They’re legit boxers but they’re not high level. They’re not high level at all, they’re beginners. For beginners to do what they do, that's amazing and I applaud them for that because it takes special people to get that kind of attention.

"Whether it's great for the sport, I‘d have to say majority yes because look at Jake Paul's PPV numbers. How can a guy box another guy that’s never boxed and get that kind of attention? I’d be fooling myself to say nobody’s interested because of the really good numbers. One of the highest numbers of all time on PPV so, you know when you get over a million, that’s pretty high so I say kudos to them. They’re doing a great job."