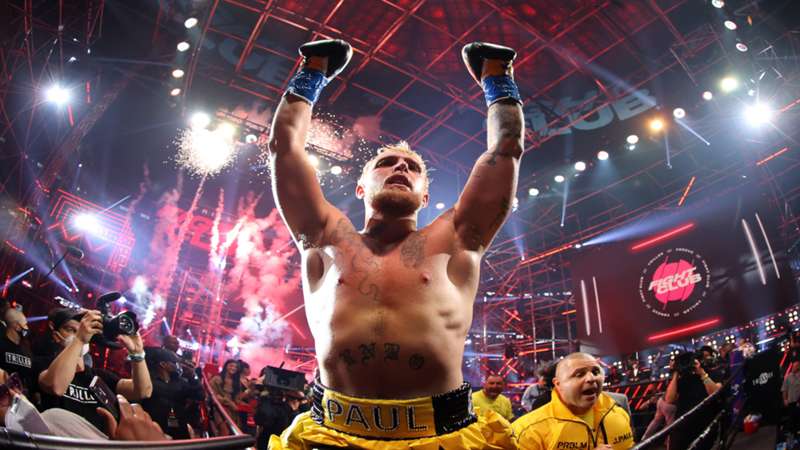 Jake Paul is going to put on the boxing gloves again.

Two sources have told DAZN News the YouTube star will take on former UFC welterweight champion Tyron Woodley. A date and location is unknown at this time of writing. A face-off between Paul and Woodley is scheduled for Friday in Miami, where Paul's brother, Logan battles Floyd Mayweather Jr. in an exhibition bout on Sunday, to officially announce the matchup. The Athletic first reported the fight.

Paul (3-0, 3 KOs) fought in April, knocking former UFC star and Woodley teammate Ben Askren in the first round back in April. The 24-year-old and Woodley have been tossing barbs back and forth since the fight ended. Now Paul will get his toughest test to date.

Woodley will be making his professional boxing debut. The 39-year-old captured the UFC welterweight title with a first-round knockout over Robbie Lawler at UFC 201 in July 2016. He defended the championship four times before losing current 170-pound titlist Kamaru Usman at UFC 235 in March 2019. Woodley proceeded to lose his next three contests, including his last outing to Vicente Luque via first-round submission at UFC 260 in March. That was the last fight on Woodley's UFC contract, which allowed him to venture into boxing. Woodley went 9-6-1 in the UFC with five of those wins coming via knockout. In his mixed martial arts career, Woodley has seven career KOs.

Paul took to social media on Monday afternoon and teased a fight announcement for Tuesday.