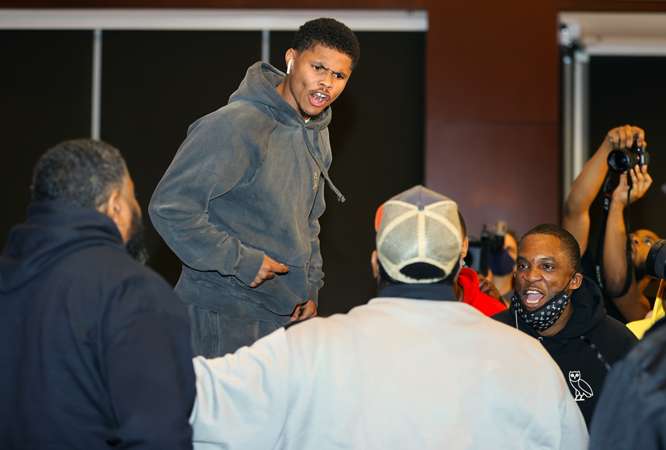 The two fighters dismissed one another and grappled for Herring's belt

The pair of them fight in Atlanta on Saturday night, and while Herring placed the belt on his shoulder, he removed Stevenson’s hand twice as he made a play for it.

The two exchanged words, while their respective entourages got involved.

"These are your last nights with the belt, you're going into retirement," Stevenson's side replied.

Stevenson said of Herring: "He's not my friend. I don't talk to him outside of boxing.

"If he slips up and makes any mistakes, I am going to capitalise. You will see a special night - my coming out party. He said he’ll spoil it? So let's see."

Herring was similarly cold, explaining: "It's not personal. I've heard worse and been through worse.

"We will put our personal feelings to the side and go to battle."