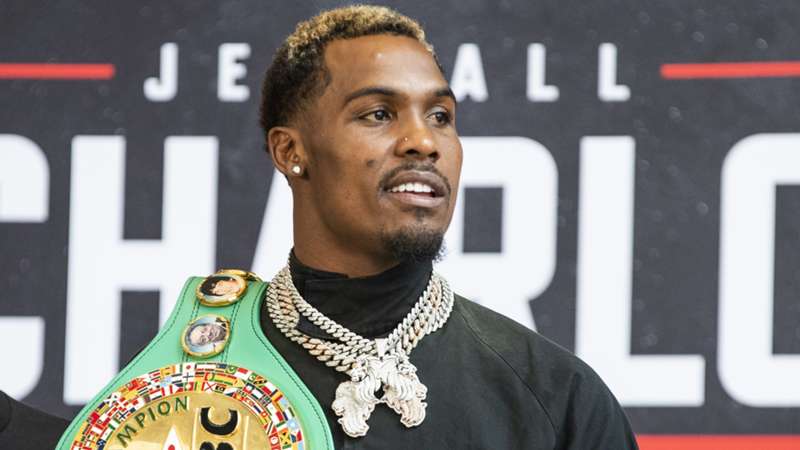 The message is clear for Demetrius Andrade if he wants to face Jermall Charlo.

Charlo described Andrade as a ‘horrible fighter’, a similar criticism was made by unified super-middleweight champion Saul ‘Canelo’ Alvarez when the pair got into a shouting match following the Mexican’s victory over Billy Joe Saunders last May.

While Charlo is interested in sharing the ring with Andrade, he suggested the 33-year-old should face Montiel, who despite not winning many rounds in Texas, offered Charlo a challenge due to his awkward southpaw stance.

The WBC champion also alluded to network/streaming service and promotional issues that could make it difficult to reach an agreement.

‘I don’t make the fights,’ Charlo said to BoxingScene.com.

‘I don’t pick the fights. You know, whatever circumstances that he in, I’m not here for none of that. I’m a fighter. I don’t, look, I own Lions Only Promotions. But I don’t have rights to make the sanctioned bouts and to make the commissioners of each belt and he fights on a different network. I’m not into all that, all right?’

‘I’m down to get in the ring with anybody. I just showed y’all a fight like, you know. Let’s see if he could beat dude I just fought. You know what I’m saying? And then we’ll talk.’

Charlo has previously dismissed offers to fight Andrade, including a well-documented $7 million offer from Matchroom’s Eddie Hearn in December 2019.

Despite Andrade fighting on DAZN and Charlo appearing on Showtime and Fox, they are both optimistic that a unification clash will eventually take place with the aim of clearing up the middleweight division.