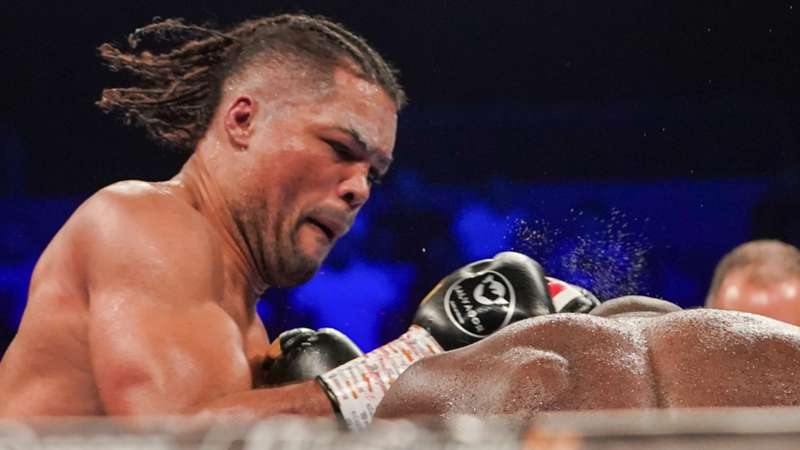 The two Olympians might meet down the line for a world title.

Joe Joyce is ready to take on Anthony Joshua even if it means he comes away with a  defeat.

Joyce took plenty of blows in his most recent fight, against Carlos Takam, but was ultimately able to stop his experienced opponent.

"I just went for it," Joyce said to Sky Sports.

"I hit him with a left hook and then the way he staggered back, I was like, 'Time to end the fight'.

"I could have let him recover and go for him again, but I wanted to make a statement and I said the sixth round, so why not deliver?"

However, Joyce claimed that few of the blows seriously troubled him.

"Everything was like bouncing off. I wasn't, 'Oh my god, his power,' I was quite happy to time him and get into his rhythm and make exchanges. But I wasn't worried too much about what was coming back,” he explained.

"I'm putting shots together, landing in the meantime, but it depends who is paying attention to what.

"If you're paying attention to the shots coming at me, yeah I get hit with some shots, but while that is happening, I'm peppering him with loads more shots."

The former Olympian, who claimed silver in Rio, said he no longer speaks as much to Joshua, a gold medallist himself.

"I haven't spoken to him for ages. I haven't tried either,” he said.

"He's a fellow GB team-mate, but we could be fighting very soon.

"When you're the same weight, you're probably going to fight. You always have that in the back of your mind.

"We had some great spars over the years and it was very competitive, so it would be one hell of a fight, if he wants it?"