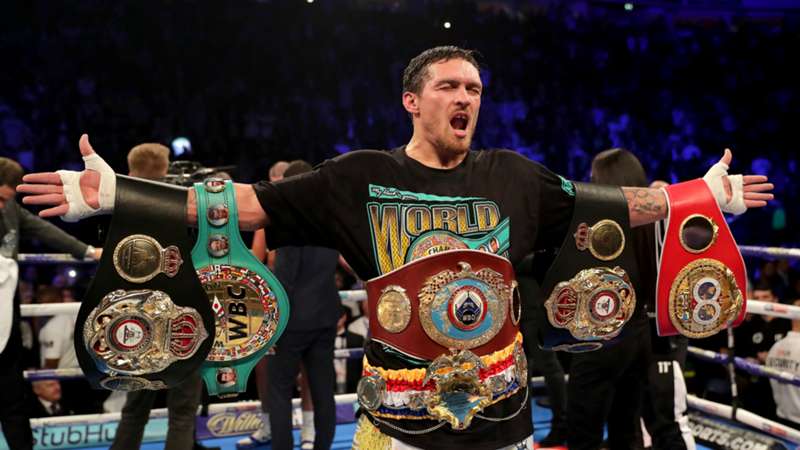 The two heavyweights are still set to fight.

Oleksandr Usyk vs. Joe Joyce is yet to be agreed with a purse bid needed to finalise the deal, which would allow Anthony Joshua vs. Tyson Fury to be a fight for the undisputed designation.

Matchroom promoter Eddie Hearn is confident that the deal will go through to allow the biggest fight of the year to go ahead.

The fight would see the IBF, IBO, WBA, WBO, WBC and Ring Magazine titles up for grabs over a two-fight agreement.

It had appeared that Usyk would force through his mandatory challenge from the WBO for Joshua but negotiations have secured his willingness to delay any bout in favour of the chance to face Joyce first and, assuming the Ukrainian wins, have a shot at the undisputed title himself.

"The WBO have ruled [Usyk vs. Joyce] for the interim title with a view to the winner fighting the winner of AJ-Fury," Hearn confirmed to Sky Sports.

"I believe that fight will go to purse bids in a couple of weeks.

"Certainly we will be bidding for that fight. It is a good fight.

"There is history between the two of them from the amateur game.

"It is a fight that we would be interested in putting together."

Joyce's manager, S-Jam Boxing’s Sam Jones, said: "We are still in negotiations to get the fight done."