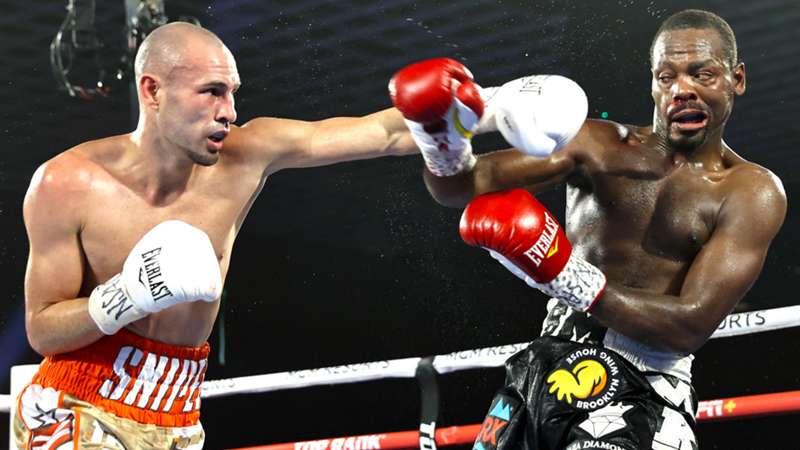 Jose Pedraza (27-4) dropped Mikkel LesPierre (22-2-1) twice and cruised to a unanimous decision victory in the main event at the MGM Grand Conference Center on Thursday night in Las Vegas.

The bout was originally slated for June 18 and scrapped when LesPierre’s manager tested positive for COVID-19.

Pedraza desperately needed a victory after losing two out of his last three fights — he was on the cusp of being relegated to a gatekeeper for the division. His performance against LesPierre extended his shelf life in the division.

Outside of that, it was one way traffic as the former two-division champion was faster and stronger than his opponent who splits his time between boxing and as a data specialist for Mount Sinai Hospital in New York City.

Pedraza wasted little time putting LesPierre on notice. In the second round, the 31-year-old unleashed over a dozen unanswered punches that had LesPierre in trouble. That barrage made LesPierre hesitant to open up with his offense.

LesPierre appeared to claw his way back into the fight with the aforementioned knockdown in the fifth, but Pedraza returned the favor with a knockdown of his own later in the round. LesPierre’s knockdown was reversed upon replay, while the straight right that was followed by a left hand by Pedraza that dropped LesPierre clearly did more damage.

Pedraza continued to give chase as LesPierre could do little more than attempt to fend off the Puerto Rican’s advances. In the final frame, Pedraza attempted to close the show and nearly sent LesPierre packing with a knockdown, but he couldn’t quite polish off his opponent.

Two-time Olympic gold medalist Robeisy Ramirez (4-1) got his revenge against Adan Gonzalez (5-3-2) and pitched a shutout in a six-round featherweight bout. The highly touted Ramirez was stunned in his professional debut when he lost a split decision to Gonzalez in August 2019. After winning three straight fights by knockout, the man who defeated Shakur Stevenson to claim Olympic gold in 2016 got a second crack against Gonzalez and put on a clinic for an easy decision victory. All three scorecards read 60-54.

Albert Bell improved to 17-0 by dominating every moment of his 10-round junior welterweight showdown against Mark Bernaldez (20-4) to win a unanimous decision. Bell clearly was the superior boxer, and Bernaldez offered little resistance as he was unable to take a single round from Bell, losing with scores of 100-90 across the board.

In a six-round heavyweight bout, Kingsley Ibeh (5-1) won his second fight in seven days by taking a unanimous decision over Patrick Mailata (4-1). Ibeh returned to action a week after stopping Waldo Acosta and found a more formidable foe in Mailata. Although exhausted by the time the final bell sounded, Ibeh did enough to earn scores of 58-56, 58-56 and 57-57.

Elvis Rodriguez (7-0-1, 7 KOs) needed only one round to stop Danny Murray (5-4) in a scheduled six-round junior welterweight fight. Murray leaned right into a straight right hand by Rodriguez that sent him down hard. Time of stoppage was 2:13.