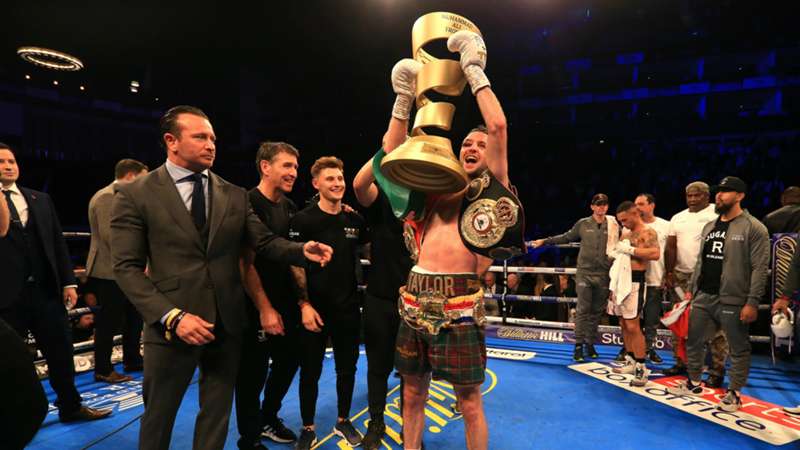 Somebody's unblemished professional record is likely to take its first dent in the big main event screening live on BT Sport in the U.K. and on ESPN+ in the U.S., via a joint promotional effort from Top Rank and Queensberry.

And though the show will be another Frank Warren production to take place without a crowd at London's BT Sport studios, the 29-year-old fighter — whose last action came last October when he won the Muhammad Ali Trophy at light-welter with a majority decision in the World Boxing Super Series final over America's Regis Prograis — refuses to let even a pandemic rob him of the big fights.

“This is what I live for," he said in an interview on Boxing Scene.

"The big nights and the big stage is what I dreamed of and there is no way I’ll let the pandemic and no crowd let it slip and have an impact on my performance.

“I’m going to take this opportunity with both hand and keep hold of my belts, and then we’ll move onto bigger and better things.

“I was at the show on Saturday and thought it would be quite weird but it’s still impressive. It’s got the razzle dazzle with the big screen and the lights, so it’s still got that fight night feel. That’s the last box ticked off that I was concerned about, so there are no worries now.

“The time me and Ben have spent together has been brilliant, and it’s been good getting to know each other personally. We’re on the same page and have been flying in the gym.

“Khongsong is a good fighter who punches right through the target and has power in both hands, but we’ve studied him a lot and we think we can expose things on fight night.”

Davison also joined Taylor on his trip to check out the studio's vacilities ahead of this unique experience.

Davison said: “It was good to go to the venue and get an idea of what to expect. This isn’t going to be a fight where Josh needed the backing of the crowd, as we want him to have a smart approach.

“Josh has come off a fantastic win, and it’s not about overlooking information. There are just a little bit of adjustments and fine tuning to make. Things are starting to come together at the right time and it’s all about peaking on the night.”

Meanwhile the challenger has arrived in the U.K. from Thailand, and is likely to also get a feel for the studios once COVID-19 travel protocols have been completed.

Jimmy Chaichotchuang, manager of Khongsong, told Fightnews.com: “Apinun Khongsong and trainer Fahsai and myself arrived in London on Sept. 9 and are doing the self-isolation for 14 days at the Townhall Hotel.

"Apinun and his team passed the COVID-19 test before entering into the U.K. All the team is doing the test since Day 1 in the U.K. We’ll do the COVID-19 test again before the fight. Apinun does his training in the room. Physically and mentally he’s in good condition."