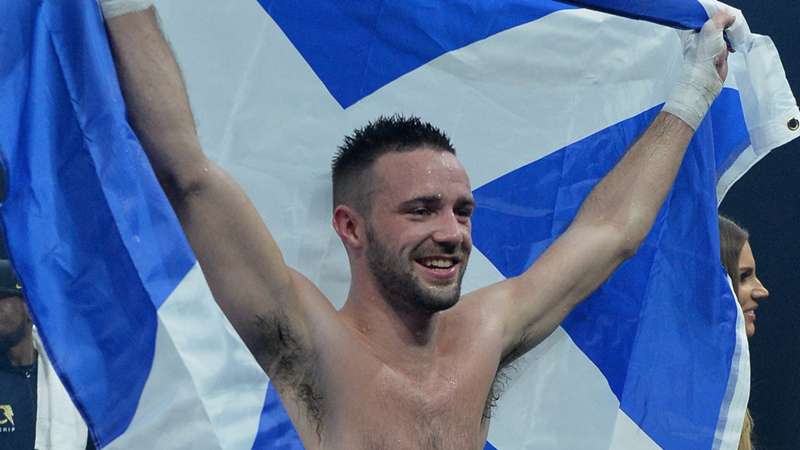 The bout would pit the only undisputed junior welterweight champions in boxing history against each other. Plus, they're both undefeated.

One of those men was Terence Crawford, who was the first junior welterweight undisputed king, before Taylor followed suit with the feat for the same division Saturday night.

That being said, a victorious Taylor couldn't think of anything more special than moving up to 147 pounds to face Crawford, the WBO welterweight champion.

"I'd like to go up to 147 and chase a real, real big fight like Terence Crawford," said Taylor during his post-fight press conference. "I'm not going to call him out and stuff. I think he's a great fighter, but I just think two undisputed champions going at it at 147 would be awesome, would be amazing."

It will be interesting to see if Crawford agrees. Considering that IBF/WBC welterweight champion Errol Spence Jr. is tied up in preparation for an Aug. 21 fight with Manny Pacquiao, Crawford may need a splashy opponent and Taylor would certainly fit the bill.

Like Crawford (37-0, 28 KOs), Taylor (18-0, 13 KOs) is an undefeated world champion. Add that to the fact that they're the only undisputed junior welterweight champs of all time and it would only add to the intrigue of a Crawford-Taylor tilt.

If that fight doesn't materialize, though, Taylor also acknowledged Mikey Garcia, calling him a "great fighter" and that he'd be open to face anyone who makes sense.

"Anybody who wants to have a fight and it makes sense and it's what I want to do," Taylor said, "I'll fight anybody."

He added: "I'm not afraid to fight anybody in this game."