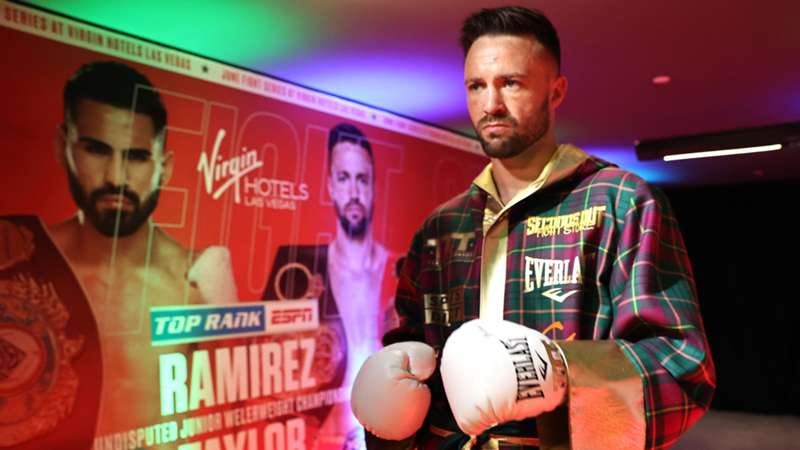 After being stripped of his WBA title, the unified super lightweight champion is set to face a mandatory challenger in his next fight.

After Scotland’s Josh Taylor vacated his WBA super lightweight crown on Monday, it was announced that he will face Mexico’s Jose Zepeda, the current number one ranked challenger in the WBC rankings, in his next fight.

Taylor still holds the WBC, WBO and IBF 140lb titles and these belts will be on the line against Zepeda according to WBC president Mauricio Sulaiman.

"Josh Taylor will be fighting Chon Zepeda, it's the World Boxing Council mandatory. Josh Taylor has already confirmed that he is staying in super lightweight and we are very happy with his loyalty to the body," Sulaiman told DAZN.

Taylor and Zepeda are still in a period of free negotiations and if no agreement is reached, they will go to purse bids.

In his last outing, Taylor (19-0 13 KOs) was given a controversial split decision against British rival Jack Catterall and although the possibility of a rematch was discussed, Taylor is looking to give other mandatory challengers their shot at glory.

Last December, the presidents of the WBA, WBC, WBO and IBF met in Puerto Rico to discuss the need to work together, especially now that the number of unified and undisputed champions has increased. However, not everyone respected what was agreed.

"Yes (he relinquished the WBA title), it's a shameful thing because we made an agreement in Puerto Rico. The four presidents sitting at a table agreed that it was WBO, (Jack) Catteral; WBC, Zepeda, and then the IBF. And without any attention to the agreement that was made, they ordered another fight and that's why the quality of the undisputed in that division has been lost, but that's the way it is," Sulaiman revealed.

The WBC president detailed that the WBA's move to try to make Taylor fight his mandatory challenger would have resulted in the Scotsman losing millions, because with an auction of $200,000 for the fight, only $120,000 would go to the unified champion, which is why Taylor vacated the belt.

For Mexican fighter Jose Zepeda, the bout against Taylor will be his third world title shot after losing to Terry Flanagan in 2015 for the vacant WBO lightweight title in a fight that had to be stopped in the second round after Zepeda dislocated his left shoulder.

Four years later, he faced Jose Carlos Ramirez for the WBC super lightweight and was beaten by majority decision.

Since then it has taken three years for Jose Zepeda to work his way back into a mandatory position and that journey began with a fifth round knockout victory over Ivan Baranchyk in 2020 for the vacant WBC silver title in one of the most dramatic fights in recent memory.