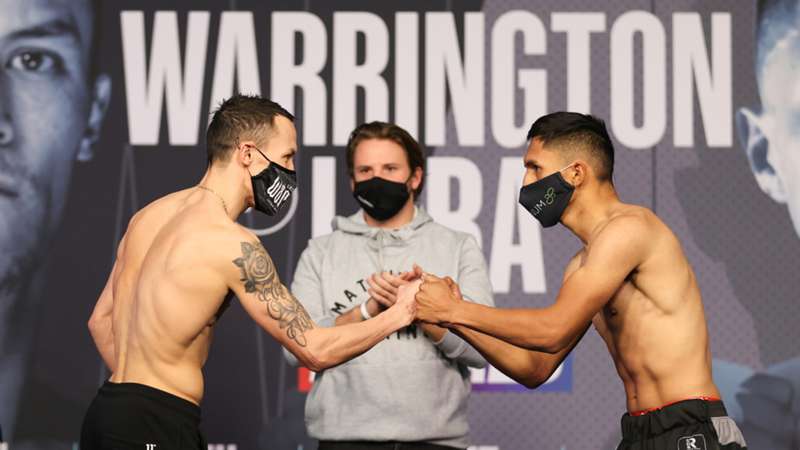 We have ourselves a main event — one that promises to be a war.

Both Josh Warrington and Mauricio Lara made weight for their featherweight main event, set for Saturday at the SSE Arena in Wembley, airing live on Sky Sports in the UK and DAZN elsewhere.

Unbeaten Warrington recently vacated his IBF featherweight crown over frustrations with his attempts to set up bouts with fellow champions in the division. Now, he will start over — provided he can first get past respected young contender Lara over 12 rounds.

There was a lot of mutual respect between the two as they went face-to-face after the weigh-in, exchanging a fist bump before they went back to their rooms.

Watch Warrington vs. Lara live on Saturday, airing on Sky Sports in the UK and on DAZN elsewhere across the globe.