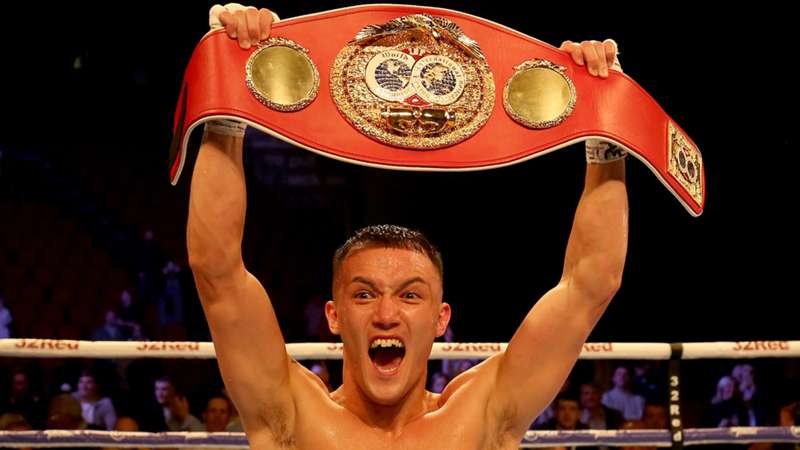 One of the top featherweights in the world is coming to DAZN.

IBF featherweight champion Josh Warrington signed a multi-fight deal with Matchroom Boxing USA on Wednesday. He will compete exclusively on DAZN, though his first opponent has yet to be announced.

“It's great to be back with Matchroom, Sky (Sports), and now DAZN , and I'm very excited about the future,” Warrington said in a news release. “I have enjoyed my time at BT (Sport) but now I’m looking forward to going on to achieve my dreams of both fighting in the USA and unifying the division."

Warrington (30-0, 7 KOs), who has fought primarily in his home country of England, captured the IBF crown with a split-decision win over Lee Selby in May 2018. Since then, Warrington has defended his belt three times, defeating Carl Frampton, Kid Galahad and Sofiane Takoucht (by second-round TKO) in October.

"I'm ecstatic to welcome Josh Warrington back to Matchroom," Matchroom Boxing promoter Eddie Hearn said. "We had some amazing times helping to build Josh in Leeds, and now we reunite at a time when he is the king of the division.

"Josh has some of the most loyal and passionate supporters in sport, and we look forward to delivering nights they will never forget. There is so much more for Josh to accomplish and today starts a new chapter in the thrilling Josh Warrington story."

Talks for Warrington's return had been centered on a late spring/early summer title unification bout against WBO featherweight titleist Shakur Stevenson if he gets by Miguel Marriaga on March 14. Even with Warrington switching promotional outfits, Stevenson is still greatly interested in the fight, as is Hearn.

Perfect, Now the fight she be easier to make 🙄 Let’s get it done Eddie? https://t.co/ypjIK3ajWh