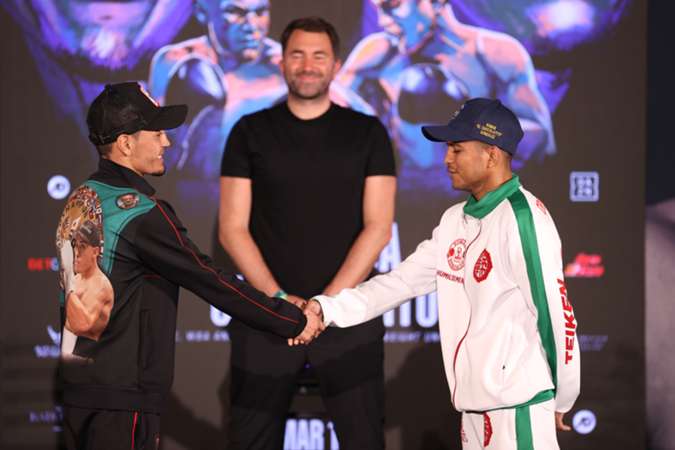 The rematch has been eight years in the making.

Juan Francisco Estrada is confident of revenge when he meets Roman ‘Chocolatito’ Gonzalez for the second time on Saturday night from the American Airlines Center in Dallas, Texas.

The pair first fought in 2012 for the WBA world light flyweight title, with Gonzalez taking the victory by unanimous decision. The 33-year-old has since claimed titles in four different weight divisions, the first Nicaraguan to do so. Speaking to The Ak & Barak Show on DAZN, The Ring and WBC super flyweight champion thought this fight would be a different proposition.

“The truth is I'm really looking forward to this fight," Estrada said. "It’s almost nine years after the first time we fought. I’m really excited, we had excellent preparations, and back then it was two weight classes different than the fight now, so I feel stronger now and I’m ready to go. I always say you win the fight outside the ring and especially with physical conditioning. I’m a complete fighter and depending on how my opponent fights that’s how I'm going to fight, but really, I was focusing on my physical conditioning and sparring.

“We already focused a lot on strength in my previous fight with Carlos Cuadras, and I was able to show it - winning by knockout.”

While pleased with his preparations, and confident of victory, the 30-year-old Mexican is not underestimating Gonzalez in the slightest bit. Estrada plans on avenging his loss nine years ago in emphatic fashion.

“I consider Roman Gonzalez to be a future Hall of Famer, and beating him would be beating somebody with such a great legacy, he has finished most of his rivals. He’s held important titles, and I think a victory against him would allow me to enter the conversation as one of the best in the lower weight classes. Because I already fought him I know his strengths and his weaknesses. I believe I have the possibility of knocking him out. He’s already been knocked out, so I think that’s something I can do as well.”