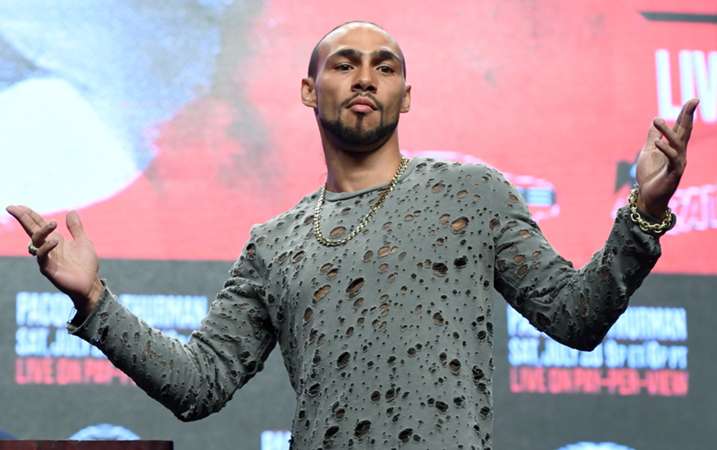 After a 29 month absence, the Florida fighter is once again ready to become a major player at 147lbs.

The wait is over for the former world champion Keith Thurman as he takes on Mario Barrios in Las Vegas on February 5th after nearly two and a half years away from the ring.

Thurman lost to Manny Pacquiao via a split decision in his last fight and due to injuries, a coronavirus infection and the lack of possible fight dates at the end of 2021, the 33-year-old welterweight has had to wait until now to begin his preparations for a long awaited return to the ring.

Thurman acknowledges that there is pressure to get a big win as he looks to once again become a major player in the welterweight division.

"I'm happy with my return. I'm excited to be back in Las Vegas, injury free and ready to give the fans a great fight. It's not ideal to let time go by like this, but it was a blessing, I meditated and organised, I prioritised. There's always pressure in fights, but you have to have the pressure to be able to turn coal into diamonds. It's the path of the warrior, but it has a lot of beauty. A round of applause to Mario Barrios who wants to prove himself, wants to make a name for himself in this division. We'll make new stories," Thurman told DAZN News.

Thurman explained that for his comeback, he had an array of fighters to choose from and decided to face Barrios - who is coming off a loss to Gervonta 'Tank' Davis - because he has the better record and he knows both their styles have the potential to produce a great fight.

"Once I feel comfortable, I'll go for greatness. We know we've fallen off the ladder and we're looking up. That's good, because we're going to take it one step at a time to get back to where we were.

"The fire has been burning inside me all my life. When you're in this sport, you're in it to win. You have to do it. That competitiveness is natural to me. No matter how long I'm out, I'm thinking about boxing."