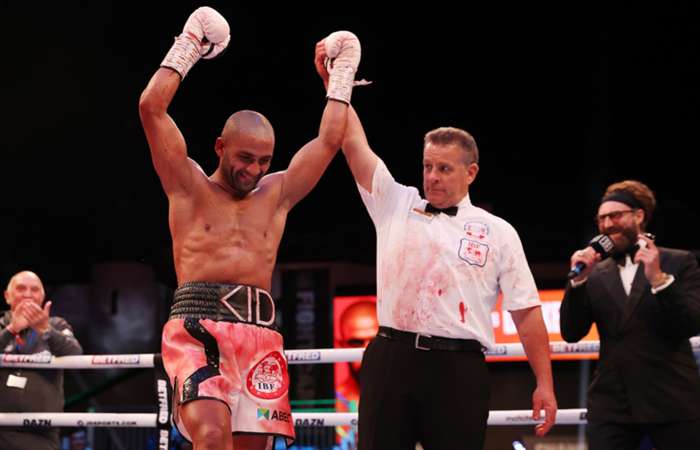 Kid Galahad's first IBF world featherweight title defence comes against veteran Kiko Martinez in Sheffield on November 13 live on DAZN and it could be start of Kid Galahad's journey to becoming a superstar.

Catterall then went onto say Galahad could set up some exciting matchups in a stacked featherweight division with a statement win in his home city.

"It’s an opportunity to start building a superstar. It’s a stacked division, there’s some sensational fights that could happen down the road."

"If they are going to crossover into America and fight the likes of the Emmanuel Navarretes of this world, then we need some travelling fans to go over and support the guy.”

A trip to the States is the dream for any British fighter, but there is also the potential for an all-British showdown with Leigh Wood early next year if everything goes to plan against Martinez according to Peet.

"Get Leigh Wood sitting ringside as well, get Leigh Wood in the ring afterwards, you do a face off, you’d set that fight up for early next year."