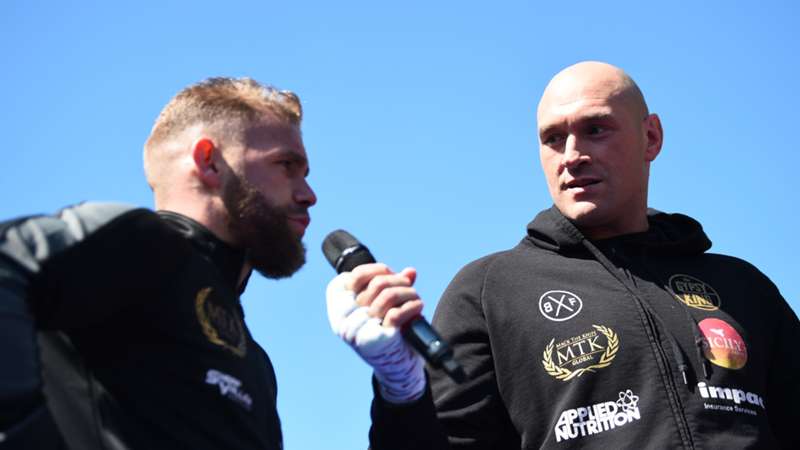 Many expect Billy Joe Saunders to employ a 12-round strategy in order to give himself the best possible chance of overcoming the pound-for-pound king.

Not many fight fans regard Billy Joe Saunders knocking out Saul 'Canelo' Alvarez as a likely scenario this Saturday when the two clash in a champion vs. champion super-middleweight megafight, airing live on DAZN worldwide with the exception of Mexico.

However SugarHill Steward, the renowned trainer who works with WBC heavyweight champion Tyson Fury and has spent a lot of time in Las Vegas recently to work with Fury and WBO 168lbs champ Saunders, is one of the few lobbying for the Brit to employ a KO-orientated strategy.

Steward told MyBettingSites.co.uk in a recent interview that it is in Saunders' best interests to be pro-active and attempt to control the narrative of the fight via aggression, rather than hoping for the judges to favour his work over 12 rounds in Texas.

He said: "Why not go for the knockout against Canelo? The best way to know that you won that fight for sure is to get the knockout — in fact, that is the only way.

"There is nothing else to do. He can outbox someone for ten or 12 rounds and the decision goes the other way still because it’s somebody else's opinion and decision. So why can't Billy be the deciding factor?

"This is the only way. Shoot for the stars and if you fall short you’ll at least land on the moon - is that how the saying it goes? Why would you have a plan or a thought to say that 'I'm going to go in there and outbox a guy for ten rounds'?

"Why the hell would I think something like that? I’m selling myself short. Why would Billy not go in there and try and knock this motherf—er out? That’s my mentality.

"At least if you do that and come up short, you’ve tried every round. You have tried to dominate Canelo by throwing hard shots - and yes, maybe you don’t get the knockout, maybe he was too tough.

"But if you settle to outbox Canelo for 12 rounds - you don’t pass. If you’re reaching for something higher and fall short, you still pass. That’s what I love doing and that is what I teach. I love putting that plan together. That’s the only thing I know."

Subscribe to DAZN to watch Canelo vs. Saunders this Saturday, unless you are in Mexico in which case check your local fight providers. Users in Argentina, Chile and Colombia are currently unable to subscribe via web browser, and must download the DAZN app via Google Play or the Apple App Store before subscribing from there.