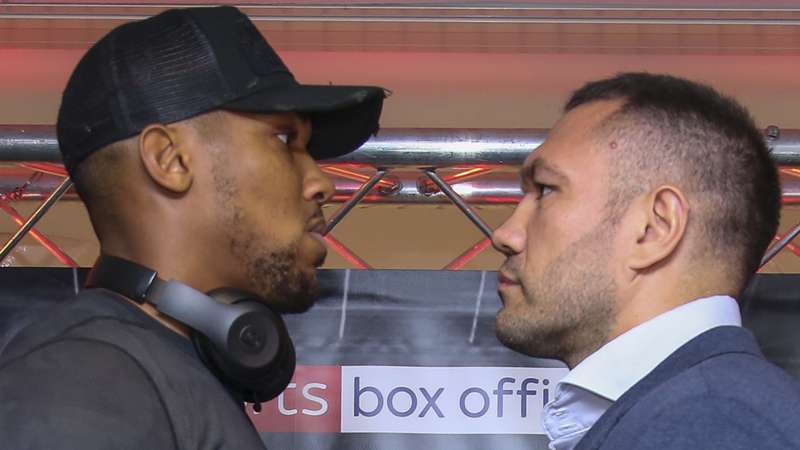 By any means necessary, the mandatory challenger doesn't want to lose his shot at AJ's unified heavyweight crown.

The coronavirus outbreak is already threatening to push Anthony Joshua vs. Kubrat Pulev back from June 20 to July 25 — if not worse, a cancellation, altogether.

Desperate to ensure that he gets his crack at Joshua's unified world heavyweight titles, Pulev has a solution — fight without any fans present.

"I’m ready for June 20, July 25, whenever they say," Pulev told The Mirror on Tuesday. "You see, what the situation is, the whole world must adjust to it. There’s no problem (if the fight is) to be without spectators. Everyone would be at home, they can pay-per-view, so I don’t see any problem financially.

"The show could be lost a bit without fans, but it can still happen. After all, it’s a world championship, which must take place."

While it would be a shame to not have the Tottenham Hotspur Stadium in London rocking with nearly 80,000 fans for their fight, the uncertainty of when the world is going to be able to get a handle on COVID-19 might just necessitate Pulev's behind closed doors idea. That way, the bout isn't dashed altogether, as well.

Perhaps Pulev (28-1, 14 KOs) felt the urgency to suggest the fight be held without any spectators due to Eddie Hearn's comments to Sky Sports last week. That's when the Matchroom Boxing USA president spoke about of the outside possibility that an Anthony Joshua vs. Tyson Fury bout for undisputed glory takes precedent over AJ's mandatory bout with Pulev.

"Well I think, all of a sudden, does the Joshua-Fury fight start taking priority, maybe over a Pulev fight, if the Pulev fight extends beyond the summer? There's so much that could happen right now," Hearn told Sky Sports. "I mean anything is possible, but contractually Deontay Wilder is going to want his fight (against Fury) next, whether that's in July or whether there's a force majeure that takes that to October, November wherever.

"Right now, for us, we're fighting Kubrat Pulev, June 20, and it could be July 25," Hearn continued, "but everything is uncertain at the moment, whilst the country and the world tries to contain this pandemic."

While Joshua exacting revenge on Andy Ruiz Jr. to take back his titles capped his 2019, Pulev produced a pair of wins last year in knocking out Bogdan Dinu and outpointing Rydell Booker in a unanimous decision.