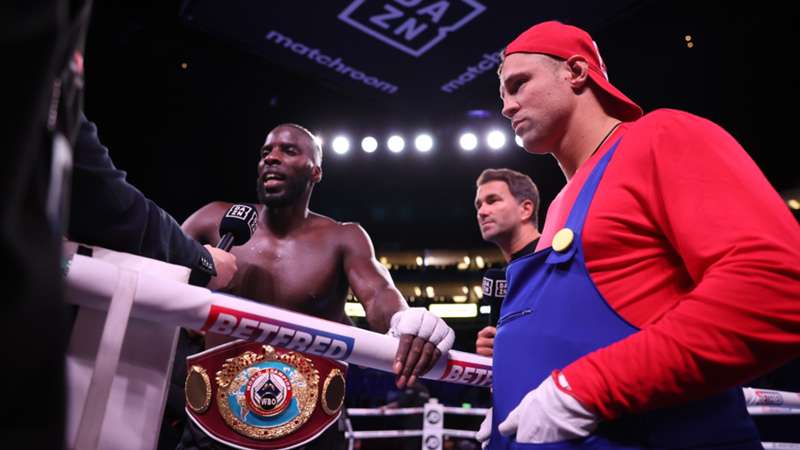 The possibility of unification fights is the only thing keeping WBO world cruiserweight champion Lawrence Okolie interested in this particular weight division.

Due to his size and strength, Okolie is awaiting for the right time to move up to heavyweight, however, he still has aspirations of unifying titles at 200lbs.

Okolie successfully defended his WBO world title belt after beating Michal Cieslak on points in what was a messy fight.

Following the final bell, Okolie told DAZN's Chris Lloyd that the fight was a valuable learning experience after going the full 12 rounds for the first time in his professional career.

"It’s good to actually get that learning under my belt, he’s a top competitor and he pushed the pace, physically strong," Okolie said. "It was a good 12 rounds.

"The right hand, he was tucking under it very well so I was trying different angles to get it.

"To find the right shot, I was taking too long to try and find it."

Okolie was then joined by the IBF and Ring Magazine Mairis Briedis who was dressed up as the popular video game character Super Mario, but it's safe to say the former Team GB member wasn't too impressed.

"He [Briedis] looks like a clown and I’ll show him that," Okolie told Briedis.

It's hoped that Okolie and Briedis will finally meet in a much-anticipated unification fight later this year.