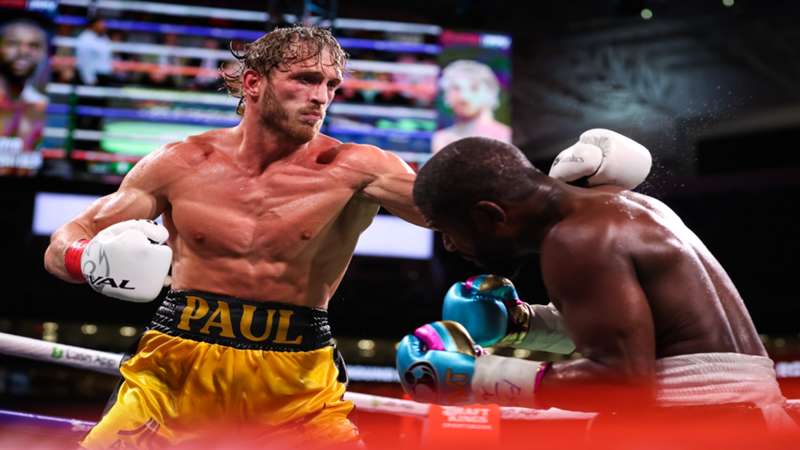 There was an uptick in chatter about a possible fight between Logan Paul and Anderson Silva the moment after the MMA legend shocked Julio Cesar Chavez Jr. by split decision last month.

Well, Paul's manager, Jeff Levin, confirmed with ESPN on Wednesday that the YouTuber and Silva are indeed in talks for a boxing match that would take place this year.

As of now, there's no concrete word on whether such a fight would be a sanctioned boxing bout or exhibition

"We just haven't got there yet," Levin additionally told ESPN.

Prior to Silva, 46, defeating Chavez Jr. in Mexico, Paul managed to go the distance with Floyd Mayweather Jr. in their eight-round exhibition bout in Miami. After the fight, Mayweather credited the YouTuber/boxer for being a "great young fighter, strong, tough" and "better than I thought he was."

Paul, 26, relished in the moment of going toe-to-toe with arguably the best boxer in the history of the sport.

"I don't want anyone to tell me that anything is impossible ever again," Paul said in his post-fight interview. "The fact I'm even in here with one of the greatest boxers of all-time proves that the odds can be beaten. I'm 'The Maverick.' I go right when they go left. I'm the unorthodox one. I'm the independent one, and everyone has it in them."

The fact that the fight hasn't been officially announced isn't stopping BetOnline.ag from opening up with early odds, as it has tabbed Paul as the -200 favorite and Silva as the +160 underdog.