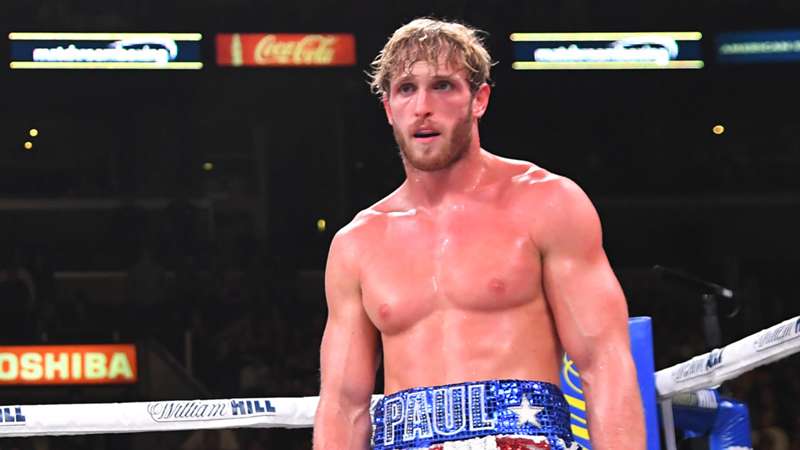 No could have blamed Logan Paul if he decided to hang up the gloves for good after losing a controversial split decision two weeks ago to fellow YouTube star KSI. But Paul seems eager for another fight, even if it's in another combat sport.

During a red carpet event on Thursday evening ahead of the "One Night" documentary highlighting the June 1 fight between Andy Ruiz Jr. and Anthony Joshua, Paul was seen talking with former UFC light heavyweight champion Tito Ortiz. The 24-year-old said the conversation entailed whether he'd be interested in trading in the 10-ounce gloves for the four-ounce set.

"We were talking about MMA honestly," Paul said. "Boxing is cool, but I feel like my future is in MMA."

The move wouldn't be totally out of the norm for Paul as he was an amateur high school wrestler in the state of Ohio.

During the red-carpet interview, the focus of the talk shifted to how maybe Joshua didn't take Ruiz seriously enough, and that's why he lost by seventh-round TKO to lose his WBA (super), WBO, and IBF heavyweight titles.

When asked if he could have done that against KSI, Paul said it wasn't the case and felt like something else was going on with him during the day of the fight, which affected the way he competed.

"That was one of two days of my life where I didn’t feel like I was living my life," Paul said. "I felt like my life wasn’t moving. I was watching it, and I had no control of what’s happening. The whole day felt so surreal to me. I don’t know what it was because the first fight wasn’t like that. It happens far and few in between."

Paul also addressed the possibility of a trilogy fight against KSI. In his post-fight interview, KSI didn't seem interested when asked about it. Paul vows to box again in the future with or without KSI and wouldn't blame him if he didn​'t want to step through the ropes one more time.

"I will be fighting a third time," Paul said. "I don’t know if it will be against KSI. If I were KSI, I wouldn’t fight me again. That seems silly. The circumstances really worked out for him that day. It just seems like it would be really dangerous for him."