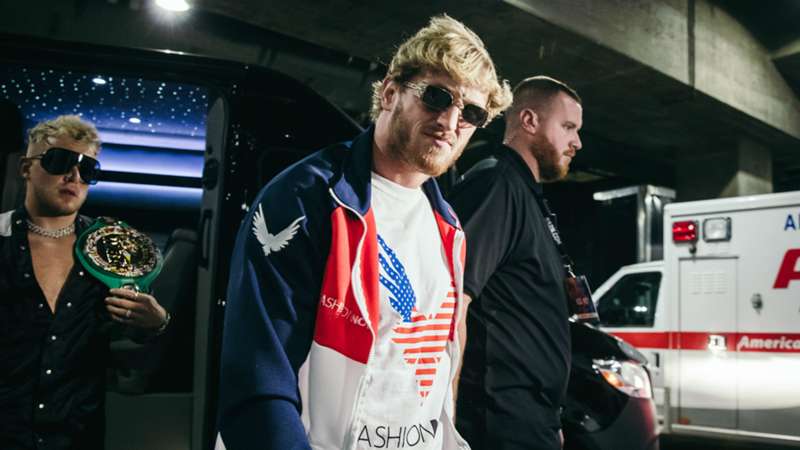 The YouTube star appears to be the only person on the planet who believes he can beat the 50-0 legend.

Logan Paul has continued to talk up his chances of doing the impossible in his upcoming boxing exhibition and get the better of undefeated multi-time former world boxing champion Floyd Mayweather Jr.

Paul, unlike his brother Jake Paul, has yet to actually win a boxing crossover attraction, drawing an exhibition with fellow online streaming personality KSI before losing the rematch in what was recognised as an official professional boxing contest.

Mayweather, meanwhile, simply does not lose, due to a combination of his skills and selection of opponents. He has been officially retired since earning his 50th career win over mixed martial artist and boxing debutant Conor McGregor in 2017, but has anihilated hapless kickboxer Tenshin Nasukaza in the interim.

Many expect the Mayweather-Nasukawa farce to be very similar to what unfolds on June 6 in Miami, but Logan Paul told ESPN's First Take (quotes transcribed by The Mirror) that he has a lot of things working in his favour.

"He's one of the best boxers of our generation," Paul explained. "When I was presented with the opportunity to fight him, as a showman and an entertainer who has risen to challenges his whole life this was too good to turn down.

"I think the biggest thing here, and it's obvious, is my height, my weight, my reach and my age. There are weight classes in boxing for a reason.

"Then Floyd comes in and realises he's in a little over his head because he's fighting a guy who's longer than him, stronger than him, more powerful.

"What happens if I win? The world's axis stands still, time will stop, it's going to be the biggest upset in the history of combat sports.

"And what happens if I lose? Nothing, life goes on."