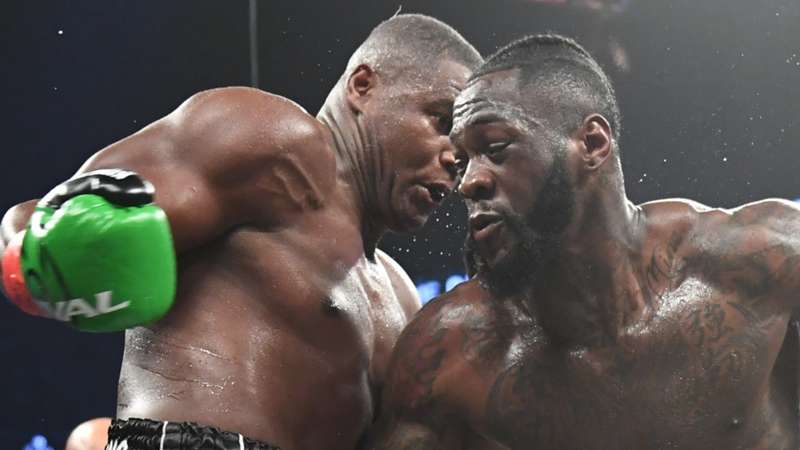 Luis Ortiz isn't happy with the WBC heavyweight champion and how he conducts himself in the ring.

Luis Ortiz and Deontay Wilder provided one of the best fights of 2018. Each guy had his moments in the back-and-forth battle. Wilder knocked down Ortiz in the fifth round, and Ortiz roared back and nearly stopped Wilder in the seventh round. Ultimately, it was Wilder who landed the final blow, as he stopped Ortiz in the 10th round to retain the WBC heavyweight championship.

A little over 21 months later, Ortiz and Wilder meet once again on Nov. 23 for Wilder's WBC title at the MGM Grand Garden Arena in Las Vegas.

When looking back on their first meeting, Ortiz doesn't feel there's too much he could have done better than what he showed to dethrone Wilder. But he also feels that some of the punches Wilder threw were cheap shots and affected him throughout the bout, which caused him to come up short.

"I don't necessarily see anything that could have been done differently on my part," Ortiz said through an interpreter on a recent conference call. "I think that some of the things that Wilder did, and the antics that Wilder does could be dealt with differently this time around, the illegal things. Blows that he throws with the inside of his fists, punching down from the top of the head down and all kinds of craziness that he does, which makes it very difficult to get settled in any fight and quite frankly should be illegal and borderline criminal."

After feeling like Wilder took shortcuts to escape with his title, one would assume Ortiz would be well prepared in the second go around. The Cuban and his head trainer Herman Caicedo don't look at it that way because of the unpredictability Wilder brings every time he enters the ring.

"You absolutely never know what Wilder is going to do as far as how he approaches his fights," Ortiz said. "But one thing for sure is that both mentally and physically, I'm at my best and prepared. So he can bring whatever he is going to bring. No problem."

The duo agree that it will take effective boxing to tame the wildman known as Deontay Wilder.

"Well, I think the best thing that was going our way was him boxing — getting behind a good jab, and just beating him to the punch and not allowing Wilder to just get crazy with his antics and come out swinging wailing away," Caicedo added. "So I think just being a little bit better on the technical side and on the basics.

"But again, like Luis just said, it's very difficult with him sometimes because he'll spin around and hit you with a back fist, so it's like you never know what could happen."