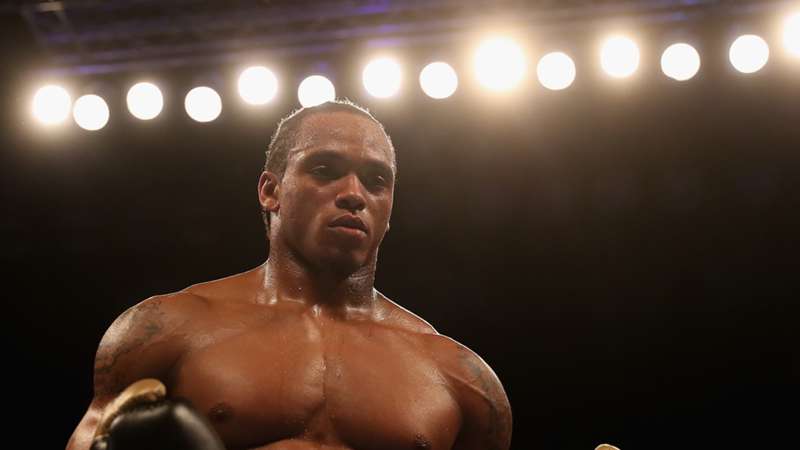 Anthony Yarde gained revenge against Lyndon Arthur with a brilliant fourth-round stoppage that has likely closed the door on a brilliant domestic rivalry. Yarde was essentially fighting for his career against Arthur, and it looked like that as he was relentless from the first bell with tactics a million miles away from last year’s meeting, where Arthur was victorious.

Yarde had promised such a performance in the build-up, and he was true to his word as he jumped on Arthur from the opening bell. However, despite Arthur enjoying a decent round two, Yarde responded brilliantly to take away all of the Manchester man’s advantages.

In the fourth session, Yarde was aggressive once more, and after pinning Arthur on the ropes, he unleashed a brilliant attack that landed frequently on Arthur’s exposed target. However, a solid-looking body shot seemed to be the undoing of Arthur, and when he followed that up with a superb right hand, Arthur was down, and he was unable to beat the count.

Yarde’s attention will now turn to January’s world title fight between Joe Smith and Callum Johnson as he patiently waits for a shot at the winner. Yarde is likely to challenge the victor of that fight, and on this showing, he looks capable of going a step further at the highest level than his previous effort against Sergey Kovalev in 2019 when he was stopped in the late rounds.

For full highlights from tonight's show, please read below.

Yarde wins in round four

facebook twitter whatsapp
Anthony Yarde has stopped Lyndon Arthur. A brilliant right hand had the Manchester man on the floor and he was unable to beat the count. A perfect performance from Yarde who takes revenge in emphatic style.

Arthur vs. Yarde: Round Three

facebook twitter whatsapp
Yarde's handspeed looks much improved from the first fight. He's risking it all so far but it's enough to give him the round as his aggressive approach is working so far. 10-9 Yarde.

Arthur vs. Yarde: Round Two

facebook twitter whatsapp
A better session from Arthur during a messy round. A lot of holding but the better shots came from the Manchester man. 10-9 Arthur.

Arthur vs. Yarde: Round One

facebook twitter whatsapp
It's a very strong start from Yarde. He's closing the distance well and his fast start sees him take the opening session in style. 10-9 Yarde.

facebook twitter whatsapp
Hamzah Sheerez overcame a tricky start to finally stop Bradley Skeete in the fight's penultimate round. Skeete was cruising with a big lead but after being floored and hit whilst he was down, the fight changed in round eight. Sheeraz lost a point but he gained a big advantage and he didn't let go. After dropping Skeete again in round nine, the fight was called off. Sheeraz showed a lot of grit and this is a fight that'll serve him well moving forward.

facebook twitter whatsapp
Sam Noakes continued his brilliant stoppage streak as he wore down Shaun Cooper in nine rounds. Noakes had been on top from the outset and his dominance was finally rewarded in the ninth session. After dropping Cooper, Noakes kept the pressure on to force a stoppage from Ian John Lewis that was perhaps a little too early. Noakes is now the owner of the WBC International Silver lightweight title.

McCann goes the distance against Jurado

facebook twitter whatsapp
Dennis McCann won every round against Argentina's Juan Jurado as he moves to 11-0. McCann was in control throughout and he's ready for bigger tests. 2022 has to be the year when McCann comes into contention for titles.

facebook twitter whatsapp
Karol Itauma wasted no time in getting rid of Tamas Laska. A brilliant body shot in the first round was all that was needed to end matters as the Kent prospect moves to 5-0.

facebook twitter whatsapp
Kamil Sokolowski causes a mini upset with a deserved win over George Fox. The tough Pole is famed for giving heavyweight prospects a tough night and that was evident here as he produced a solid display to outpoint Fox 79-75.

The action is about to get underway

facebook twitter whatsapp
Lyndon Arthur vs. Anthony Yarde is tonight's main event but before that we have a number of interesting fights. The first bell of the evening is about to sound and we'll have all the updates here.