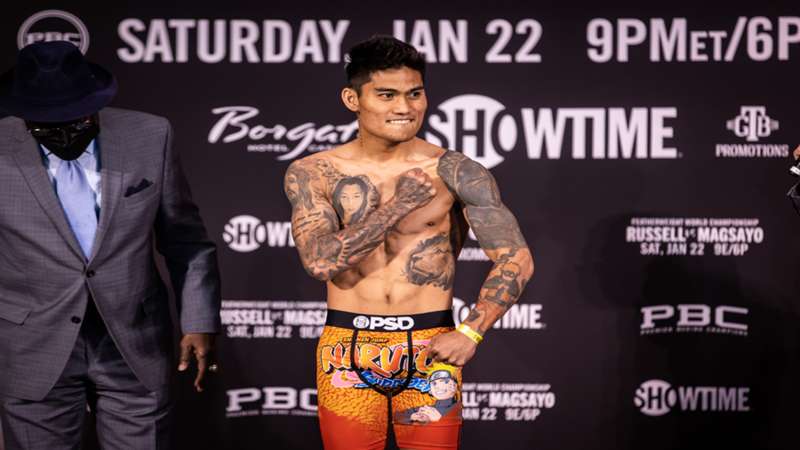 The challenger is a small favorite over the WBC featherweight champion.

On Saturday, WBC featherweight champion Mark Magsayo defends his belt for the first time as he takes on former WBC super bantamweight champion Rey Vargas from the Alamodome in San Antonio, Texas.

As always, there are plenty of bets to be made with a big-time boxing card. Let's take a look at some of them.

BetMGM (as of Thursday, July 7) has Vargas installed as a very slight favorite — coming in at -115, meaning you'd need to bet $115 to win $100. On the other hand, Magsayo is a live underdog at +100, meaning if you pluck down $100, you will win $100 if the native of the Philippines can make his first successful title defense.

Vargas (35-0, 22 KOs) returned from a layoff due to injury to score a near-shutout decision victory over Leonardo Baez in his featherweight debut in November. The 31-year-old went on the road to the U.K. to capture his title in 2017, winning a decision over previously unbeaten Gavin McDonnell. After that, Vargas made five successful defenses of his title, defeating top contenders Oscar Negrete, Ronny Rios, and Azat Hovhannisyan. His fifth successful title defense came via unanimous decision over former world champion Tomoki Kameda in July 2019.

What a fun fight between two undefeated fighters. Magsayo burst into the minds of boxing fans with his come-from-behind knockout win over Julio Ceja on the Manny Pacquiao-Yordenis Ugas undercard last August. The 27-year-old followed that up with an upset win over Russell by using constant pressure and hard body shots to claim his first major world title.

Magsayo and Vargas are pressure fighters. But there are questions about Vargas' power at 126 pounds. He couldn't put Baez away. Maybe it was because he wanted to get in rounds in the bank after a two-year layoff. Maybe the power doesn't translate going up four pounds.

Magsayo by decision (+100) is the best play. He's had more time at 126 pounds, is more active, is the heavier puncher in the division and has proven to show when the going gets tough that's when he fights at his best.