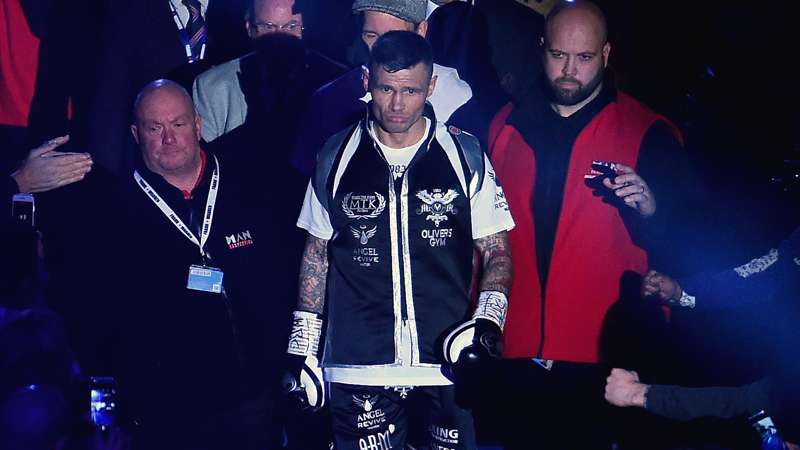 Martin Murray is ready to put past disappointments behind him when he fights Billy Joe Saunders on Friday night.

Martin Murray said he wanted to put to bed the feeling of unfinished business with Billy Joe Saunders.

The two fighters were due to fight in the past but a recurring calf injury meant that Saunders had to withdraw from two proposed dates.

However, Saunders had said in the past that he would eventually arrange a new date with the 38-year-old boxer. After failing to schedule a fight with Canelo Alvarez, and the impact of the coronavirus on the availability of fighters, a match-up has finally been scheduled.

Speaking in a pre-fight press conference, Murray admitted he was frustrated to have seen two fights with Saunders slip through his fingers.

“It did [hurt] but I get why he pulled out,” he said.“We all want those bigger fights. We all get frustrated. I’ve got nothing against him, we shook hands. He honored his word a few years late.

Murray is yet again fighting for a world title and the veteran sees his chance as destiny, having previously believed that the pandemic could have cost him his career.

“This is my fifth [world title fight]. I know how hard it’s going to be. I rate Billy Joe, we have unfinished business," he said. "I believe everything happens for a reason. I’m fit, I’m focused, I’m ready.”

After a string of disappointments, Murray said he would leave nothing to chance in the ring on Friday night.

“What I know about him is when he’s on his game, he’s on his game. I’ve got to prepare myself for an elite Billy Joe. I know it’s going to be a hard fight. I thought I won the fight against [Arthur] Abraham, but in hindsight, I left it too close to call in Germany.

“I won’t be doing that on Friday.”

Speaking earlier to Boxing With Chris Mannix, Saunders acknowledged how much the withdrawal must have hurt his rival.

“He put a lot of money into training, and boxers know how much that costs,” he said. “But I had two calf injuries, I rushed back into the gym and it happened again. You can’t fight and then come out making excuses.

“I’ve got no bad blood or animosity against him. He’s got his shot. Whatever’s been said, it’s a chance on Friday night to back it up.”