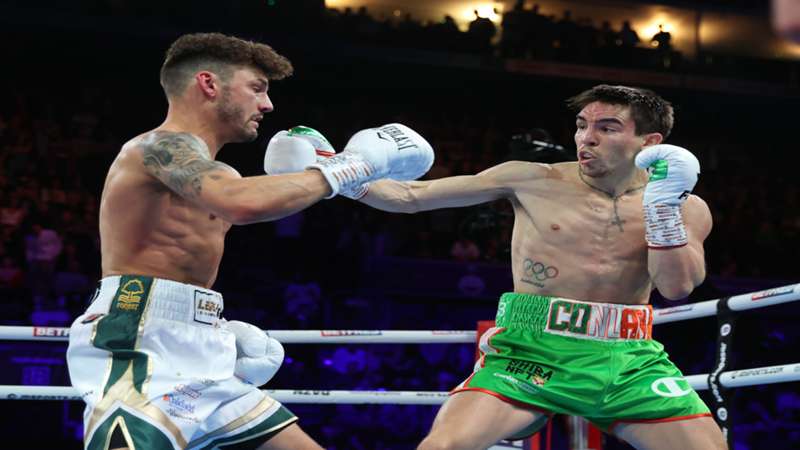 Michael Conlan returns to the ring this weekend but due to his dramatic fight with Leigh Wood earlier this year, mentions of that gruelling battle won’t go away. Facing Miguel Marriaga on Saturday night in Belfast, Conlan resumes his journey towards a world title as he looks to put the Wood setback behind him.

After dominating large portions of his maiden world belt fight in March, including a first-round knockdown, Conlan was stopped by Wood in the final session. Despite multiple pleas to secure a rematch, the Belfast favourite has been unsuccessful in securing a second meeting. Although the bout irks him, Conlan still hasn’t given his classic a viewing.

“Some mistakes toward the end, which cost me, but he says it was amazing. You know, maybe after, once I can put it behind me, I’ll go back and watch it. That’s my goal on Saturday night, to go back and put this in my rear-view mirror and get back to my winning ways.”