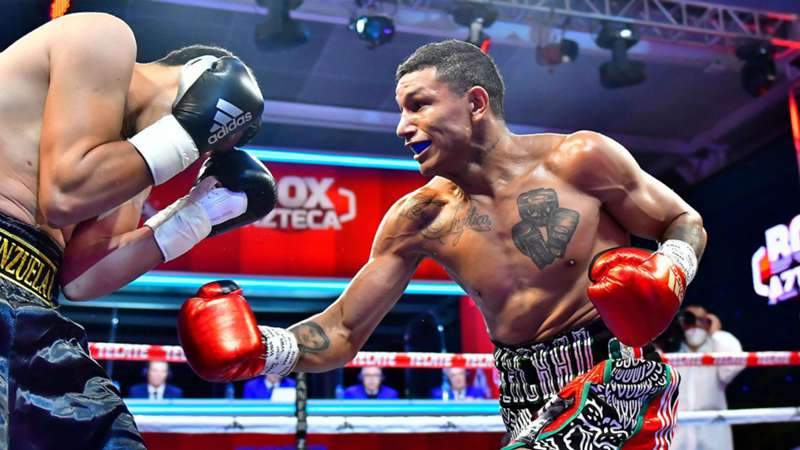 The fight was little more than a tune-up for WBC junior lightweight champion Miguel Berchelt, who dominated Eleazar Valenzuela before stopping him in six.

It wasn’t expected to be competitive; Berchelt (38-1, 34 KOs) was placed in a fight to stay busy as he waits to see what’s next after the COVID-19 pandemic loosens its hold on boxing. Berchelt has several options that include unification bouts against WBO champion Jamel Herring or IBF champion Jojo Diaz Jr., welcoming WBO featherweight champion Shakur Stevenson to the division in a high-profile fight or a highly anticipated showdown with Oscar Valdez. The latter appears to be the option most would like to see.

"Now what follows is the expected fight against Oscar Valdez," Berchelt said afterward. "Every fan wants to see that fight and we are ready for that war."

Either way, what took place Saturday was nothing more than a display of one-way traffic that resulted in an expected finish against an opponent who may have been too tough for his own good.

It was expected that Berchelt — who last fought in November 2019 when he stopped Jason Sosa in four rounds — would look to get a few rounds in to improve his conditioning. That’s exactly what happened as Valenzuela (21-14-4) became nothing more than a punching bag.

After a relatively tame start to the first round, Berchelt dropped Valenzuela with a thudding left hook right at the bell.

The champion decided to work the body in the second round and found little resistance from the overmatched Valenzuela. From there, the punishment accumulated as Berchelt pounded away without concern.

Eventually, the punishment was simply too much as Berchelt shifted his attack from the body to the head. A vicious combination forced the referee to mercifully call a halt to the bout in the sixth.