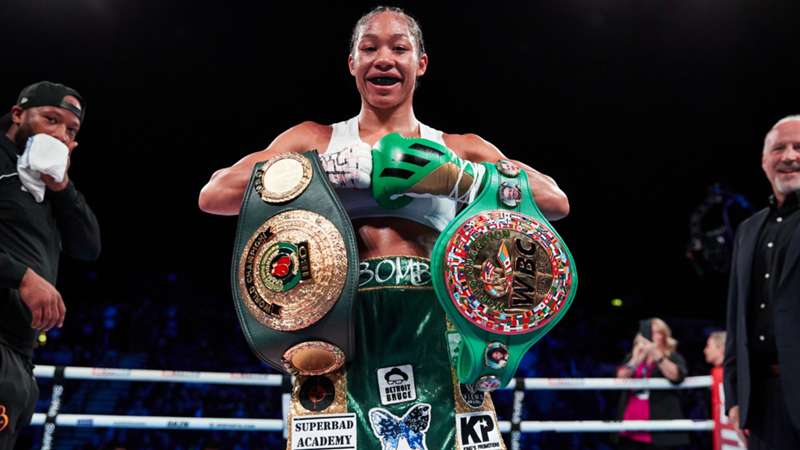 The rivals are set to meet.

Mikaela Mayer and Alycia Baumgardner have been trading barbs on social media for months. Now, they will get to let their fists do the talking.

On Monday, it was announced that Mayer, the WBO/IBF/Ring Magazine women's junior lightweight, and Baumgardner, the WBC titlist, will lock horns in either late summer, or early fall in a title unification bout. A date and venue are yet to be announced.

Mayer (17-0, 5 KOs) is a 2016 Olympian. She became WBO world champion in October 2020 with a one-sided decision over Ewa Brodnicka. Then, in November, she unified the WBO and IBF titles with a toe-to-toe barnburner against Maiva Hamadouche in one of the best fights of 2021. The 10-round unanimous decision also earned Mayer the Ring Magazine belt.

“Can’t wait to defend my belts and take hers as well," Mayer said in a video on Twitter.

Baumgardner (12-1, 7 KOs) burst onto the scene eight days after Mayer defeated Hamadouche. She traveled to Sheffield, England, and stunned British standout Terri Harper via fourth-round TKO to win the WBC title. In April, she made her first title defense with a shutout decision over former unified world champion Edith Soledad Matthysse.

When the fight got announced, Mayer and Baumgardner didn't waste any time continuing their war of words.

All my yapping got this fight made. #mayerbaumgardner like i said 💯