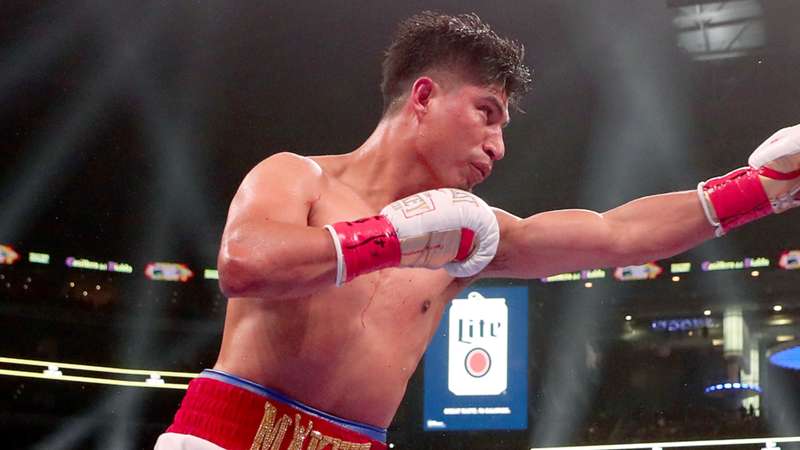 One of boxing's biggest stars makes his debut on DAZN against a former two-division world champion.

When Mikey Garcia announced on Sunday that he had agreed to a deal with Matchroom Boxing promoter Eddie Hearn to fight Feb. 29, live and exclusively on DAZN, the only thing missing was the opponent.

That changed at a Wednesday news conference. Garcia revealed he would return to the ring for the first time in almost a year to face former two-division world champion Jessie Vargas at the Ford Center at The Star in Frisco, Texas, the training facility of the NFL's Dallas Cowboys.

Garcia (39-1, 30 KOs), a former four-division world champion, looks to get back on track after he moved up two weight classes to welterweight and suffered the first loss of his career to unified welterweight title holder Errol Spence Jr. back in March at AT&T Stadium. The recently turned 32-year-old is excited about the new journey and wants to make up for his admitted bad showing by staying at 147 pounds.

"I'm very happy to announce my next fight against Jessie on Feb. 29 in Texas, live on DAZN," Garcia said in a press release. "I believe our styles are going to make for a great battle, and the fans are going to be in for a real treat."

"It's the biggest challenge for me, coming back after a long layoff, my last performance — horrible performance. I lost my fight," Garcia added. "There's a lot of questions. So I want to be able to answer those questions with this kind of fight. That's why we agreed on fighting Jessie Vargas. He's gonna get the best out of me, and I think I will bring the best out of him."

Vargas (29-2-2, 11 KOs) gets back into the squared circle for the first time since notching a sixth-round knockout over former lightweight champion Humberto Soto at a 150-pound catchweight bout. It had been anticipated that Vargas would compete at 154 pounds, but when he got a call from Hearn to see if he'd be interested in taking on one of boxing's pound-for-pound best, the lure of a big fight was too good to pass up.

"It's a big fight for fight fans. It's one people have wanted for a long time now," Vargas said in a press release. "We are giving them what they want to see. It's going to be a great showdown.

"He's a warrior, and so am I. We both always go for the win and do anything possible to get it. I really believe in myself and my abilities. It's one of the fights that will generate a lot of attention and it's the perfect time to shine and show that I am here to stay. I need to show that I am going to be a world champion again and this is the perfect fight to show that."