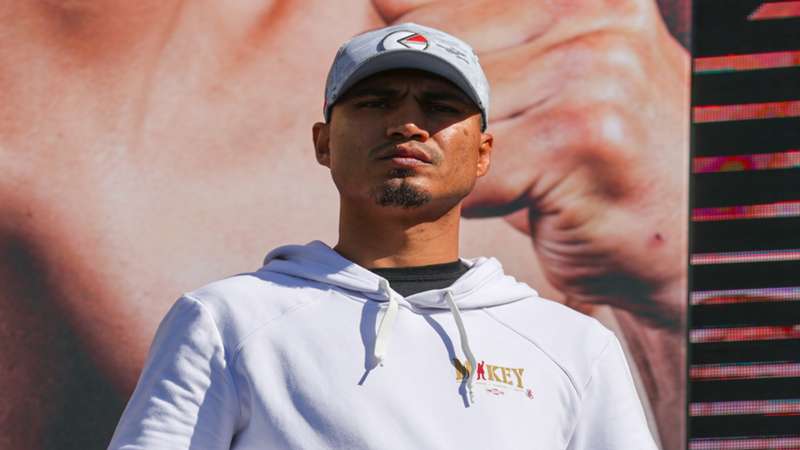 Mikey Garcia is all about the big fights.

FRESNO, Calif. — Boxing fans saw a fight for the ages last Saturday night when Tyson Fury stopped Deontay Wilder in the 11th round to retain the WBC and lineal heavyweight titles. There were many ebbs and flows throughout. We saw five total knockdowns (three by Fury, two by Wilder). Fury looked like he would finish Wilder in the third round only for the former champion to roar back and send the Brit down to the canvas twice in the fourth and appear moments away from regaining his belt.

The momentum switched back to Fury, who hit Wilder with everything he had only for the "Bronze Bomber" to absorb the punishment and somehow find a way to come back and land heavy shots of his own. But, unfortunately, he could only take so many punches before being knocked down for the third and final time in the 11th round.

People are still buzzing and talking about what they saw between Fury and Wilder. All fans want to see is marquee fights with the best fighting the best. No one understands that more than former four-division world champion Mikey Garcia, who returns the ring for the first time in over 19 months when he takes on Sandor Martin from Chukchansi Park in a 10-round main event on Saturday. Garcia's fought unified welterweight champion Errol Spence Jr. in front of over 47,000 people at AT&T Stadium. Also, Garcia’s had bouts with Adrien Broner, Robert Easter Jr., Jessie Vargas and Sergey Lipinets in front of capacity crowds. After what occurred six days ago, it gives Garcia hope that big fights can now be made on a more consistent basis as it's only going to continue to help grow the sport.

"When it’s a huge megafight of that magnitude, that caliber, and that status, it’s in everyone’s interests to get the fights done," Garcia told DAZN News. "That’s what really the big fights have shown us is that no matter what side of the street you are on, what promoter, the network you are affiliated with. If it’s such a huge fight, it can get done. It might take a little bit longer than what the fans want, but eventually, you get that done when it’s that big. They were able to do it three times (laughs). What a great trilogy they had, and it will go down in the boxing history books as a terrific trilogy. As a business, we are happy that we can see the big fights get made because that’s what the fans want to see."

Garcia (40-1, 30 KOs) is in a great position. He's a promotional free agent but has had his last two fights promoted by Eddie Hearn and Matchroom Boxing. The 33-year-old enjoys working with Hearn and has called it a "great partnership." If he does as many feel he'll do against Martin, Garcia is aiming for bouts with former 140-pound champion Regis Prograis and current undisputed 140-pound champion Josh Taylor in 2022. Being in the spot he's in and seeing what happened with Fury and Wilder having three fights, Garcia is of the feeling those fights can come to fruition.

"Yes. That’s why I’ve also been able to move around and work with different promotional companies," Garcia admits. "I’m free to do so. It allows me to secure some of these fights that otherwise might be a little complicated to do. I’ve been fighting for the last few years in different outfits, and the last two fights have been with Eddie and Matchroom. But it all plays out to my advantage because I can secure these fights that we’re talking about."

Before he can make fights with Prograis and Taylor, Garcia has a stern test in Martin (38-2, 13 KOs). Out of five names given to him, including former welterweight champion Chris Algieri, the former European super-lightweight champion was chosen from the pack. Garcia understands he needs to look good in winning to get what he's looking for in 2022 but isn't going to press for a knockout as he thinks there are more ways to shine.