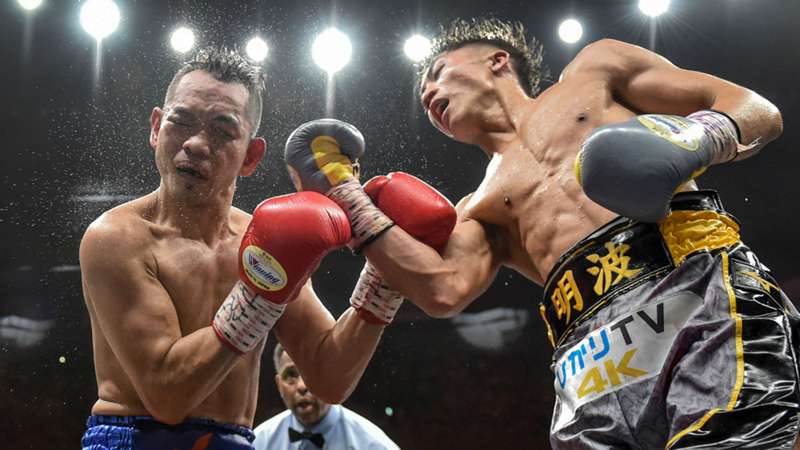 Heading into the World Boxing Super Series bantamweight final, the consensus was that top-pound-for-pound contender Naoya Inoue would make quick and easy work of Nonito Donaire and cement himself as one of the best fighters in the world.

Donaire, a former pound-for-pound great himself, had other plans in mind, making Inoue work for 36 minutes. But at the end of the day, the Japanese star got the job done in winning a thrilling unanimous decision (114-113, 116-111, 117-109) to take the Muhammad Ali Trophy, retain his IBF championship and capture the WBA (super) title.

“I think Donaire is a true champion,” Inoue said in his post-fight interview. “He’s very strong. I [was] victorious, but I’m not the greatest all time yet. I think I have to go over [the fight] and get stronger. Next year and on, I’ll keep fighting, I’ll [be] victorious, and I wanna be the strongest of all time.”

Inoue and Donaire had a feeling out process in the opening round. Inoue wasted no time in the second, as he caught Donaire off guard with a left hook. Instead of crumbling like the previous 18 opponents before him, Donaire came back with a minute left in the round and stunned Inoue with a short, left hook to cause a severe gash over Inoue's right eye.

After a series of great exchanges in the fourth round from both fighters, Inoue looked to have Donaire put away with about 30 seconds remaining in the fifth. He crumbled Donaire's knees with a right hand, then a hard a left hook, and landed several right hands before the stanza ended.

Inoue had seized control of the fight by relying off the jab, but the 37-year-old Donaire showed what the heart of a world champion is all about in the ninth round as he rocked Inoue with a blistering right hand and a couple of more shots to go along with it.  Realizing he was trouble, Inoue held on to Donaire to make it through the rest of the round. ​Donaire continued the momentum into the 10th round by snapping Inoue's head with a stiff jab.

In the final moments of the round, Inoue (19-0, 16 KOs) showed his championship mettle, connecting on a series of power shots that Donaire was able to absorb. That changed in the 11th when Inoue landed a vicious left hook to the body to force Donaire to take a knee. Donaire took his time and got up at the count of nine, but the damage was done.

Inoue dropped Donaire with this body shot in Round 1️⃣1️⃣, but Donaire picked himself up.

The heart of a WARRIOR for the Filipino Flash ⚡️ pic.twitter.com/U9lolqvAO6

Inoue emptied the gas tank in the 12th and final round in trying to put Donaire (40-6, 26 KOs) away. He connected on a series of power shots, but Donaire's heart allowed him to stay on his feet to the final bell.