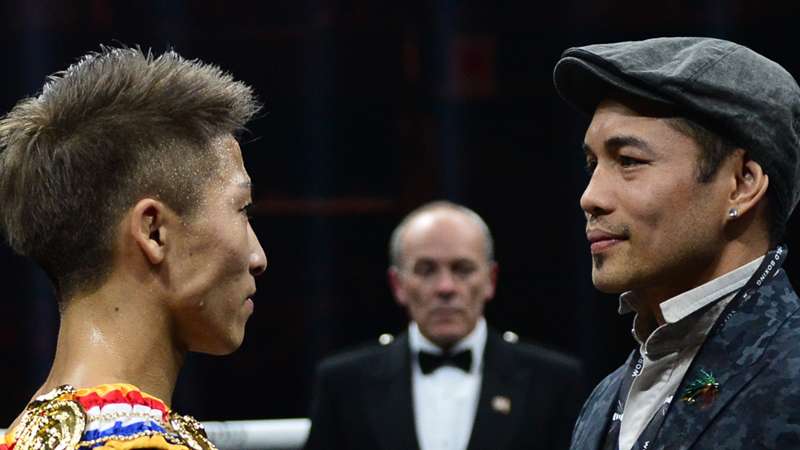 Will "The Filipino Flash" be able to hand the Japanese "Monster" his first loss? Boxing fans will find out Nov. 7 during the World Boxing Super Series bantamweight final.

As the World Boxing Super Series bantamweight final approaches Nov. 7, both Naoya Inoue and Nonito Donaire are viewing the fight as more than a title unification.

The clash could be a chance to cement their fighting legacy and both champions said as much during a press conference in Tokyo on Monday ahead of their showdown.

“I recognize how important the WBSS final is to my career,” said 26-year-old Inoue, the IBF and WBA 'Regular' world bantamweight champion, who enters the bout with a pristine 18-0 record, with 16 knockouts. “And how important it will be for my career going forward. I am very aware there are high expectations of me from everyone.

“When this tournament started, Nonito Donaire was the fighter I wanted to fight most," he continued. "I am truly pleased that I am able to fight him in the final of this tournament. So, on November 7, I will give everything I have in this tournament final and attain the [Muhammad] Ali Trophy."

The 36-year-old Donaire, who is the WBA 'Super' world bantamweight champion, sees handing the Japanese "Monster" his first loss as an opportunity to add a significant chapter to his already legendary career.

“This fight is against Inoue who is one of the best fighters in the world,” said Donaire, who owns a 40-5 record with 26 KOs. “To see where my career has been and what people have said about where I am and coming back to the division, it inspires me, it motivates me, but most of all it excites me. This is where I wanna be.”

Each champion's road to the Super Arena in Saitama, Japan, for Season II of the WBSS bantamweight final Nov. 7, which can be seen on DAZN, was achieved with different paths. As the No. 2 seed, Inoue knocked out Juan Carlos Payano in just 70 seconds during their quarterfinal matchup in October and then blasted Emmanuel Rodriguez with a second-round KO in May during the semis.

Donaire upset No. 1 seed Ryan Burnett, who had to withdraw from the quarterfinal matchup due to a lower back injury, in November. "The Filipino Flash" then knocked out Stephon Young in the fifth round during the semis in April.