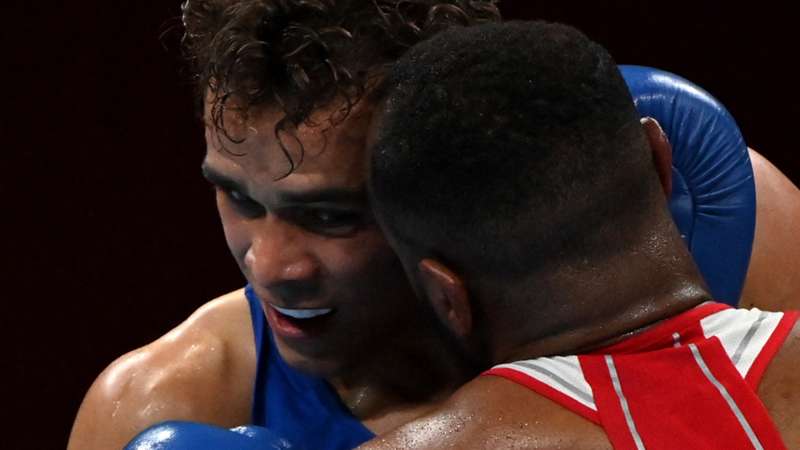 Moroccan boxer Youness Baalla has made a name for himself at the Olympic Games, but perhaps for the wrong reasons. And while it might have been a lifelong dream for him to be compared to heavyweight legend Mike Tyson, he'll probably look back at this moment of madness with plenty of regrets.

Being beaten convincingly in the heavyweight round-of-16 clash with New Zealand's David Nyika, Baalla attempted to chomp on his opponent's ear in the final round, evoking memories of Mike Tyson's bite on Evander Holyfield in 1997.

Luckily for the New Zealander, the bite wasn't nearly as powerful as Tyson's, which drew blood from Holyfield, with the 25-year-old Kiwi able to close out a resounding 5-0 victory.

But that did not take away his dismay at the incident.

"Did you see that?" the victorious Nyika said after. "I don't think the ref did. She was closest to me. He didn’t get a full mouthful. Luckily he had his mouthguard in and I was a bit sweaty.

"I don't remember what I said to him but I gave him a little bit of a cheek. I have been bitten once on the chest before at the Gold Coast Commonwealth Games. But c’mon, this is the Olympics."

Tyson was defeated by Holyfield in their first encounter, but was seething over what he believed was a series of deliberate headbutts in the bout. When he felt Holyfield was doing the same thing early in the rematch, he bit at his ear so hard a small chunk was severed. Tyson was promptly disqualified and his status as an elite heavyweight embarked on a downward spiral from there.