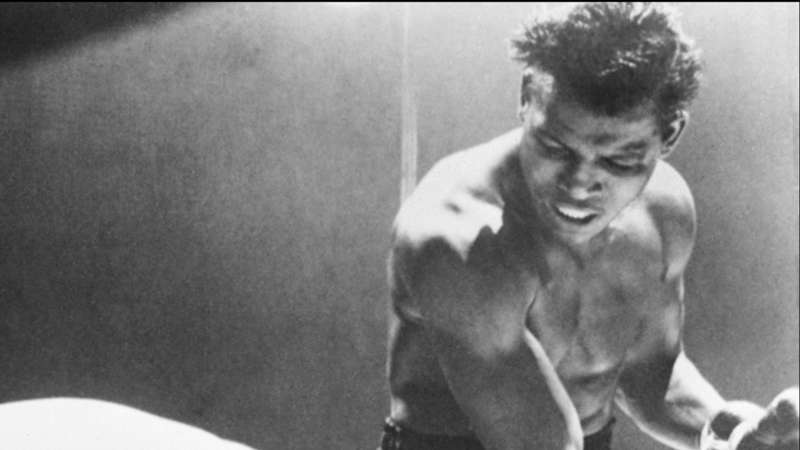 The Hall of Fame boxer didn't let up until he captured the middleweight world championship for a fifth time.

Sugar Ray Robinson knocked out Jake LaMotta in February 1951 to kick off one of the most dominating reigns as middleweight champion that the boxing world had ever seen. His body of work during that stronghold over the division was more than enough to punch his ticket into the International Boxing Hall of Fame in 1990. Part of Robinson's incredible pro journey of almost 200 fights was the unbelievable fireworks displayed in a pair of fights against Carmen Basilio. Here, DAZN News looks back on the bookend of that rivalry, as Robinson took back his middleweight crown for a record fifth time on March 25, 1958.

How Robinson vs. Basilio came together

Robinson had just regained The Ring and lineal middleweight titles in a rematch with Gene Fullmer and he did it emphatically with a fifth-round KO. Little did Robinson know at the time that he was about to engage in another back-to-back war ... and that this one was going to be even more grueling.

Robinson entered his bout against Carmen Basilio, touting a record of 140–5–2 at the time. Basilio, who was nearing the end of his career, was coming off a trilogy against Johnny Saxton. After losing to Saxton via unanimous decision, Basilio delivered back-to-back TKOs and then added another TKO of Harold Jones to improve his record to 51–12–7 entering the fight with Robinson in September 1957.

The host for the first Robinson-Basilio fight was the original Yankee Stadium in the Bronx, where boxing fans were treated to a 15-round slugfest, with each fighter staying in the pocket and swinging wildly in an attempt to finish the other. In the end, Basilio was declared the winner and new champion via split decision in a Fight of the Year. Roughly six months later, the rematch was set — this time at the Chicago Stadium.

Robinson struggled to make weight for the rematch but made the most of his opportunity once he got the green light. Like their initial fight, the Robinson-Basilio rematch featured each fighter refusing to take a step back, as they traded power shots. But Robinson made sure the second time around would fare differently, though, as he pounded away at Basilio until his eye was swollen shut in the seventh round. He then rode that aggression toward what should have been a unanimous decision. But it was declared another split decision — in Robinson's favor, though, as he became the middleweight champion for a record fifth time after another Fight of the Year.

After getting past Basilio, Robinson would lose the middleweight title to Paul Pender and be unable to avenge the defeat in a rematch. He also fought Fullmer to a draw and suffered a loss to his rival in their fourth fight. Despite never becoming the middleweight champion again, Robinson would go on to fight until November 1965, ending his dazzling career with a ledger of 174–19–6. Meanwhile, Basilio fought seven more times after losing to Robinson, but didn't have better luck in two losses to Fullmer and one to Pender.