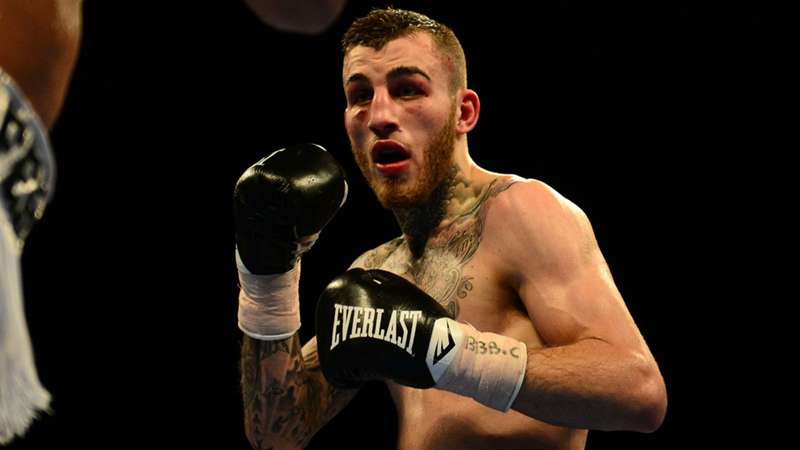 Orlando Fiordigiglio puts his IBF International super-welterweight title on the line when he faces Sam Eggington at the Tuscany Hall in Florence, Italy, on Thursday, Sept. 19, on DAZN.

Fiordigiglio (31-2, 13 KOs) picked up the IBF title with a split-decision win over Stephen Danyo in April. Eggington (26-6, 15 KOs) is a former European welterweight champion, and he has victories in his last two bouts, over Jordan Grannum and Lewis van Poetsch, after losing to Liam Smith in March.

“It’s a pleasure to be returning to the venue that saw the launch of the historic joint venture between Matchroom Boxing Italy, OPI Since 82 and DAZN back in November 2018,” Matchroom Boxing Italy's Ross Garritty said in a press release. “Our first five events in Florence, Milan and Rome have been overwhelmingly successful, and Florence fight fans are in store for another exciting night of title action at Tuscany Hall on Sept. 19.”

Christian Cherchi of OPI Since 82 said, “It is always nice to return to Florence after the success of our first events in the city. We have an explosive main event in Orlando Fiordigiglio vs. Sam Eggington for the IBF International super-welterweight title and exciting title fights for Devis Boschiero and Dario Morello. Mohammed Obbadi is never in a dull fight; Roma super-lightweight prospect Sebastian Mendizabal steps up again and Carmine Tommasone returns after his WBO featherweight world title challenge against Oscar Valdez".

When is the Orlando Fiordigiglio vs. Sam Eggington fight?

The Orlando Fiordigiglio vs. Sam Eggington fight will take place on Sept. 19. The undercard is set to begin at 2 p.m. ET, with the main card slated for a 4 p.m. The fight is available to be streamed on DAZN at 9 p.m. ET.

How do I watch Fiordigiglio vs. Eggington?

The Fiordigiglio vs Eggington fight is not available via traditional pay-per-view methods. Instead, fans in North America can sign up to watch the fight online with DAZN, the global sports live-streaming service.

How much does the Fiordigiglio vs. Eggington fight cost?

A new subscriber to DAZN can sign up for a monthly subscription or annual pass to watch the fight. The annual pass — which includes access to all of DAZN’s live events, as well as highlights, replays, behind-the-scenes features, original shows and live reports — is $99.99, which averages out to a little over $8 a month. For those who want a monthly-plan instead of the longer-term value, fight fans can sign up for a monthly option for $19.99.

Where is the Fiordigiglio vs. Eggington fight?

The Orlando Fiordigiglio vs. Sam Eggington fight will take place at Tuscany Hall in Florence, Italy.