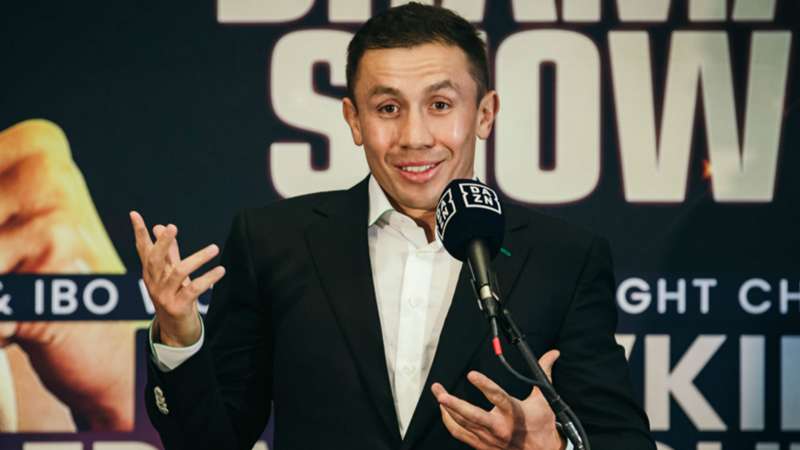 The Golden Boy Promotions boss, who was heavily involved in both Triple G vs. Canelo fights, has his eye on a big one for the coveted fight weekend.

Golden Boy Promotions are attempting to complete a deal for IBF middleweight champion Gennadiy Golovkin and unbeaten former light-middle king Jaime Munguia to face off in early May, on one of the boxing calendar's most coveted dates.

Cinco de Mayo is the annual celebration held by the Mexican community on May 5 of each year, and it has evolved into some of the world's best fighters stepping between the ropes on the Saturday night closest to that holiday.

This year, Cinco de Mayo falls on a Wednesday. Saturday May 1 and Saturday May 8 are available either side of it, depending on COVID-19 guidelines at the time.

And Golden Boy chief Oscar De La Hoya, who fought on the coveted occasion six times during his active career, is hoping Golovkin vs. Munguia will be 2021's Cinco attraction.

Golovkin actually came close to fighting Munguia three years ago, when his Cinco 2018 rematch against Saul "Canelo" Alvarez fell apart due to the current super-middleweight champion testing positive for Clenbuterol. Munguia was considered as a replacement foe for "Triple G" at the last minute but the Nevada State Athletic Commission rejected the idea.

Munguia was 21 at the time, but has since earned the WBO junior middleweight belt, making five defences before moving up to 160 lb. He has also evolved into one of the most exciting competitors today with the assistance of new trainer, former ring great Erik Morales.

And when Boxing Scene asked De La Hoya about a potential date for Golovkin-Munguia if it took place, he immediately responded with the holiday, his eyes lit up at the prospect of another Latino star potentially earning himself superstar status at that time of year.

“Imagine that championship fight headlining on that weekend," he added. "It will be explosive.”

Golovkin had of course been hopeful of pursuing a third and conclusive fight against Canelo in 2021 following a draw and a slender loss, the only time the Kazakh star has lost a professional fight.

However Alvarez's trainer Eddy Reynoso recently said his client will be fighting exclusively at 168 lb going forward, so Golovkin would need to move up in order to be considered. Matchroom Boxing promoter Eddie Hearn also admitted he would love to help make Golovkin vs. WBO middleweight champ Demetrius Andrade happen this year.