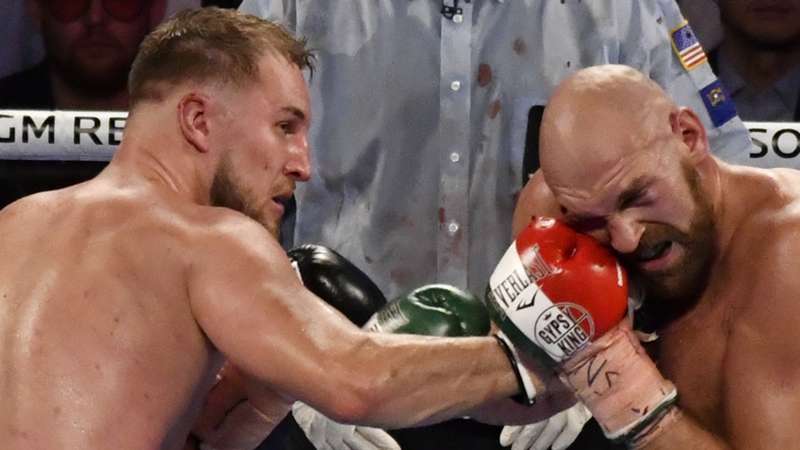 The pair met once before with Fury pushed all the way

Dmitriy Salita, the Swedish heavyweight’s promoter, explained that if he becomes the WBC interim champion then he can use the designation to gain a mandatory challenge with Fury after he successfully defended his belt against Deontay Wilder a little over a week ago, in Las Vegas.

Wallin fought Fury in 2019 and while he lost on decision after 12 rounds, he inflicted heavy damage on his opponent, with two cuts causing speculation that the fight might be stopped and ruled as technical knockout.

Whyte and Wallin fight on October 30, and Salita told Sky Sports that the first match shows how dangerous his fighter is to Fury.

"Out all the great fighters that Tyson Fury beat the one fighter that gave him most trouble, caused most controversy with the cut, who landed more punches than Wladimir Klitschko and Deontay Wilder in their first fights combined is Otto Wallin," Salita said.

"Otto had two impressive wins since that outing and a win over Whyte would make him the most eligible opponent for Fury and in my mind the second-best heavyweight in the world based on merit.

"Otto is still getting better. The fight with Whyte is a big test and a massive opportunity to get the rematch with the WBC heavyweight champion."